Understanding this idea of a single international gateway – Does Zimbabwe need it anyway? 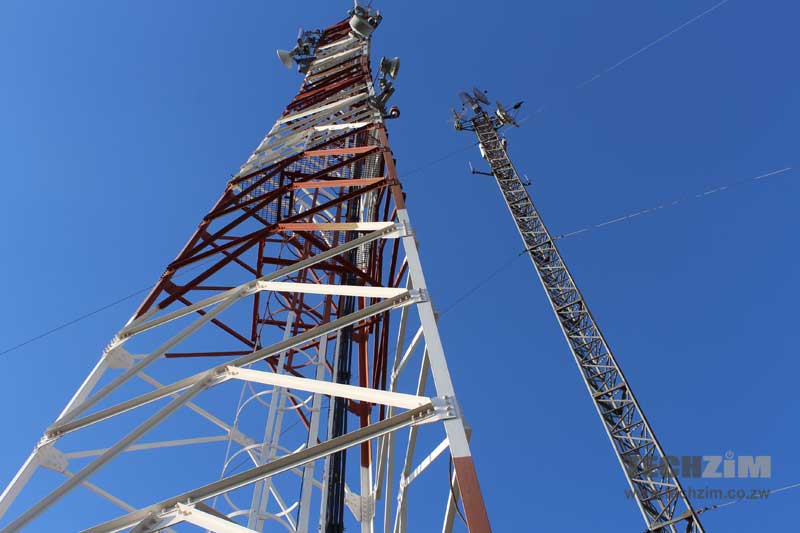 It depends on who you ask. Different stakeholders will give you a different answer for different reasons. The concept of multiple international gateways is not unique to Zimbabwe in a region which has already liberalised its telecommunication industry to allow the entry of other players.

So what has changed?  Why suddenly is there talk of a single international gateway through which all inbound and out voice and data traffic must go through.

The evolution of telecoms in Zimbabwe

More than a decade ago the then sole telecoms operator in Zimbabwe PTC was unbundled and that gave birth to NetOne the mobile phone company , TelOne the fixed network company and Comone its data equivalent.

Econet and Telecel were the new companies that were granted licenses to operate mobile networks in Zimbabwe. This also meant allowing them to carry their own international traffic. This move was welcome across the board as this gave end users more choice both for voice and data.

In simple terms, a gateway is a system that connects 2 or more different systems. This is achieved via both hardware and software components. Normally an interconnection agreement is entered between the connecting parties . This enables users on one network to send calls and or data to the other interconnected networks.

The industry standard is that the regulator pegs interconnection rates between telcos both local and international. In Zimbabwe’s case, this is done by the Postal Telecommunications Authority of Zimbabwe (POTRAZ). All the 3 mobile operators have their own international gateways to connect to the outside world besides TelOne.

Both inbound and outbound traffic traverses through the operator’s gateways .The laws of the land allow each player only to carry traffic to and from their networks. Providers are required to declare the revenue accrued from international calls to state authorities like the central bank RBZ and POTRAZ.

This market is naturally an important source of foreign currency. There are millions of Zimbabweans living in the diaspora who make calls back home to their friends, relatives and organisations alike. No rocket science is needed to figure out that the volume of international calls into Zimbabwe is high. This is a very lucrative business.

However, things have changed since the mid-2000s. Interconnections can now be achieved at very low-cost today as was the case back then without any compromise in quality of service. The emergence of under sea optic cable around the globe has also greatly lowered the cost of data connections and thus lowered the cost of owning and running a gateway.

Naturally one would expect that these huge cost savings are passed on to the end users. This does not seem to be the case or at least for now with reference to terminating calls into Zimbabwe. As stated earlier on the termination rate – the cost of landing a call from outside is pegged by the regulator as a guideline for the operators.

Now, market forces have come into play. Skype, WhatsApp, Viber and other technologies using Voice Over Internet Protocol (VoIP) have emerged over the years. These are very disruptive technologies which have no respect for established systems that are rigid.

Basically, these emerging technologies carry voice and other messaging services over the internet as packets. These are the so-called Over The Top services (OTT).

New technologies are converging with old ones. This means that there are now various options to effect an interconnection between different technologies. It is no longer the huge and very expensive satellite link at Mazowe pointing to the sky that does the trick alone.

IP-based technologies are growing by the day. This means that international gateways no longer rely on a satellite link alone to land internationals calls . Thanks also go to fibre optics.

Why go for a unified international gateway?

The idea of a single gateway is based on 2 different reasons as far as we publicly know. One school of thought is that having a single gateway makes it easier for the government to monitor and verify the revenues in the international call arena since monitoring of traffic is viewed at a single point.

This is a technical nightmare but not impossible because of the different communications protocols and architecture at play. The decline in inbound international call revenue is apparent and OTT services have played a huge part in that. So a single gateway might achieve the desired objective to monitor voice traffic from a revenue standpoint.

But there is no guarantee that it will boost the inflows given the exponential adoption of OTT services that have eroded both and international call revenues of the telcos. Another possible reason for this decline is the use of grey routes by certain carriers and individual players.

Because of artificially high termination rates and monopoly in this sector other players are tempted to carry calls into Zimbabwe using the internet route. This means that calls from, say, the United Kingdom (UK) , bypass a licensed gateway straight to the callee in Zimbabwe at the cost of a local call.

This means less traffic through the licensed gateways. That’s less revenue declared to the state. Interestingly enough most advanced countries do not suffer from this because their international termination rates are market driven.

In short, the establishment of a single international will not remove grey route traffic termination as long as termination rates are absurd. Ask anyone in the UK how expensive it is to call a mobile subscriber back home. The high termination rates open a window of opportunity for arbitrage.

Another school of thought is that a single interconnect gateway will give government ability to monitor international calls from a security stand point.

This is nothing new. Countries do monitor both internet and voice calls in line with their national security policies. Advocates for this one indicate that 5 international gateways that are currently operational make monitoring difficult and complex.

On the other hand, activists say this might infringe on people’s privacy and if you add the Infrastructure Sharing Bill that was recently passed into the mix you got it.

However, emerging and converging technologies made this complicated. Most communications are now IP-based and messages are encrypted. So installation of a single international gateway to monitor voice and internet traffic becomes tricky business.

Use of Virtual Private Networks (VPNs) is another item that crosses one’s mind, This basically is carrying data and voice in a private tunnel between end opens. VPN software and technologies have matured and are even available in open source format – free.

Add to this equation the cloud technology variable where data is stored and actioned in the cloud over the internet some thousands of kilometres away in Iceland.

There is no one size fit all on this. Stakeholders must be serious about what they are trying to achieve and the effect of such implementations. The regulators must revisit their termination rates and allow market forces to take charge.

Telcos especially mobile companies must seriously invest in research and development because technologies advances don’t ask for permission from anyone in order to proceed.

Anyone dreaming of stopping the technology boom might be disappointed in the not so far future. Instead of spending scarce resources in designing systems to block and control everything we should be directing these resource into the development side of the equation.

Stakeholders need to have accurate information and show some reason why they should be trusted in this one. Do we even have the skills for a project of such a scale? What happened to the tender that was floated last year by calling for to express interest to deliver the Telecommunications Traffic Monitoring and Revenue Assurance system?

A single gateway might provide some form of about cyber security and revenue assurance for the government but I shudder to think how it would be like if that single gateway has an outage.

In case the reader did not know, the main reason why the internet was developed was to ensure that there was no single point of failure communications wise.

The USA military envisaged a situation where different cities would remain connected in the event of an attack on the mainland. Mind you this was during the era of cold war. A single point of failure removes redundancy.

Cyber security is very important but we must be careful not to make decisions today that will disadvantage future generations all because we were trying to monitor and slow technology advances.