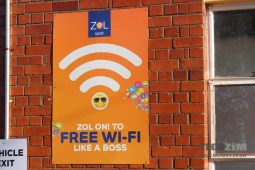 The latest data on public internet access for Zimbabwe shows that at the beginning of October 2016 there were 793 public WiFi hotspots active across the country.

According to a recent report from telecoms regulator POTRAZ, this was the total number of active public wireless local area network access hotspots managed by licensed internet access providers.

From this WiFi hotspot total, Liquid Telecom, the Econet Wireless Zimbabwe affiliate and African telecoms carrier has the highest number with 335.

TelOne has the second highest number of WiFi hotspots with 280. The state-owned telecoms provider introduced its public WiFi hotspots in the first half of 2015 alongside its fibre service.

The rest of the WiFi hotspots are spread between Africom (64 hotspots), Telecontract (Telco – 50 hotspots), Dandemutande (39 hotspots) and Powertel (25 hotspots).

With over 98% of internet connections in Zimbabwe made on mobile devices public WiFi services have emerged as one of the ways internet providers can extend broadband services to Zimbabweans while making some use of infrastructure that’s been set up to cater for growing bandwidth use.

The hope for most Zimbabweans is that more hotspots are set up, particularly outside Harare (the capital city) and that the broadband is offered at reasonable prices (free sounds reasonable), always.