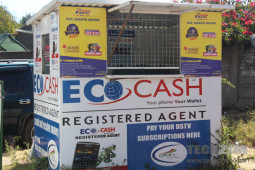 According to a Techzim source, EcoCash has instructed all its mobile money agents to deposit R500 into either a Steward Bank, Stanbic or CBZ account to activate their RAND wallets for transactions.

The EcoCash RAND wallet, which is now the only way to pay your DSTV using EcoCash, was launched in December 2016 and requires EcoCash users and merchants to activate the Rand Wallet feature to start transacting in RANDS.

One standout feature of the EcoCash RAND wallet is that it requires subscribers to cash-in in RANDS into their wallets to transact in RANDS, you cannot transfer your existing USD/Bond note balance to your RAND wallet.

Its yet to be seen how many agents can actually afford to make the R500 payment or where EcoCash expects them to get the money from, the result may be that the EcoCash RAND wallet feature will remain exclusive to a few well-off agents.