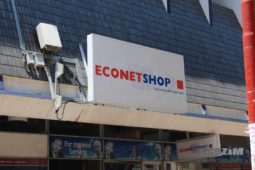 Econet Wireless, the Zimbabwean mobile operator that kicked up a storm with the introduction of higher broadband tariffs has announced that it will be reversing the tariffs.

This comes after the Minister of ICT, Supa Mandiwanzira suspended the tariff increase, which was declared by the telecoms regulator, POTRAZ, and had been set data at a minimum of 2 cents per megabyte (MB).

In its announcement, Econet complained of an unfair playing field, highlighting how it had been the only operator to implement a tariff increase while the other operators had not complied.

POTRAZ, whose mandate and motto is to create a level playing field appears to have been the target of the statement. Considering the constant friction between the two this isn’t surprising. There’s no need to look far either- just look at the recent statement issued by POTRAZ calling out Econet for its hypocrisy.

You can read Econet’s full statement below

Whilst continuing to engage POTRAZ concerning the data floor pricing directive, Econet Wireless is reverting to the old data tariffs. It became apparent after implementing the POTRAZ directive that Econet Wireless was the only operator which had complied with the data floor pricing. It is clear that, for whatever reason, the other operators had not complied with the directive and therefore there can never be a level playing field when our customers are the only ones being affected by this position. This is not the first time that Econet has complied and the other operators have not complied. Appropriate updates will be given on any future developments regarding this matter.

We remain committed to providing our customers with unparalleled quality service. Thank you for your understanding.