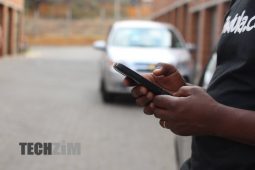 Zimbabwean mobile subscribers have been hit by an increase in broadband tariffs following a directive by the telecoms regulator, POTRAZ, to set new floor prices for voice and mobile data bundles.

The regulator’s directive was that all voice calls should cost at least 12 cents per minute and all data bundles should be priced at a minimum of 2 cents per megabyte (MB).

POTRAZ has drawn a lot of criticism from subscribers because of the resultant increase in the cost of mobile broadband. However, the regulator has justified its actions and highlighted that the operators were consulted before the prices were set and they actually proposed higher floor prices.

In an article published by the Chronicle that quotes responses from the POTRAZ Director General, Dr Gift Machengete, he admitted that subscribers weren’t consulted since the considerations which were made were for the costs of service provision which are relevant to service providers only.

According to Dr Machengete, the mobile network operators (Econet, NetOne and Telecel) on the other hand were consulted and they had in fact proposed floor prices of between 1 cent and 5 cents per megabyte (MB). This would have resulted in an even higher tariff increase.

The 2c/MB floor price which was settled upon was actually drawn from a 2014 Bottom-Up costing model which also took into account growth in data usage.

Dr Machengete also justified the high cost of internet citing issues like Zimbabwe’s landlocked nature, the low national population that negates opportunities for volume discounts plus the duplication of infrastructure.

Although we are yet to get the mobile operators’ side of the story (they haven’t commented on the floor prices), it shouldn’t be surprising that they wanted higher tariffs.

From the onset, POTRAZ highlighted that the floor price decision was meant to protect the mobile telecoms industry. It has been facing a decline in revenues brought on by the slow death of voice communication in the face of Over the Top internet services like WhatsApp and Facebook.

An opportunity for the operators to increase the revenues on broadband makes business sense and they would want to make the most of it even if it meant affecting popular products like WhatsApp and Facebook bundles which were actually killing them at discount to the subscribers.

Having the regulator enforce an increase would at least make subscribers pay more while also making it easier to pass on the blame of affected internet economics to the “guys who set the prices”.

Are you considering an alternative way to access the internet, now that mobile internet is quite expensive?

Fill out the form below and we’ll help you find a better solution.