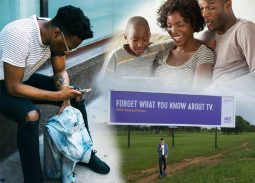 Strive Masiyiwa, the founder and Chairman of the Econet Group recently gave an update on the product development and roll-out plans of Kwesé TV. This is the pay-TV service owned by Econet Media, the entertainment subsidiary of the telecommunications group.

In a post providing some entrepreneurial insights on Kwesé TV that were shared on his Facebook page, Masiyiwa highlighted how Kwesé TV is expected to have over 60 channels most of which will be available via mobile devices.

This ties in with the information that they gathered which shows how 200 million people in Africa have access to smartphone versus the 60 million with access to a TV set. Masiyiwa indicated that his team was developing a mobile-centric strategy for Kwesé TV to accommodate this.

One interesting feature on Kwesé TV which was also shared is the flexible bouquet plan for subscribers accessing the service via a set top box (decoder) and dish. These subscribers will be able to select any of three payment packages: a 3-day subscription, a 7-day sub or the familiar 30-day monthly subscription.

It’s aimed at subscribers on a budget who might not be able to pay for a full month’s worth of TV. Considering how Kwesé TV is aimed at disrupting DStv, Africa’s most popular pay TV service, the flexi-approach could provide a new approach to subscription entertainment in all the markets where Kwesé TV is setting up.

According to Masiyiwa, Kwesé TV will be rolling out in 18 countries by June 2017. So far the Kwesé brand has established a presence in countries that include Kenya, Rwanda, Ghana and Uganda. In most of these territories, it has introduced both satellite and mobile based TV extending the reach of its content to an increasingly larger part of Sub-Saharan Africa.

Some of these arrangements were based on Free to Air content partnerships like the one entered into with Zimbabwe’s own ZTV which was cancelled just weeks into its existence. It was terminated after the government highlighted its concerns about giving a competitor an advantage.