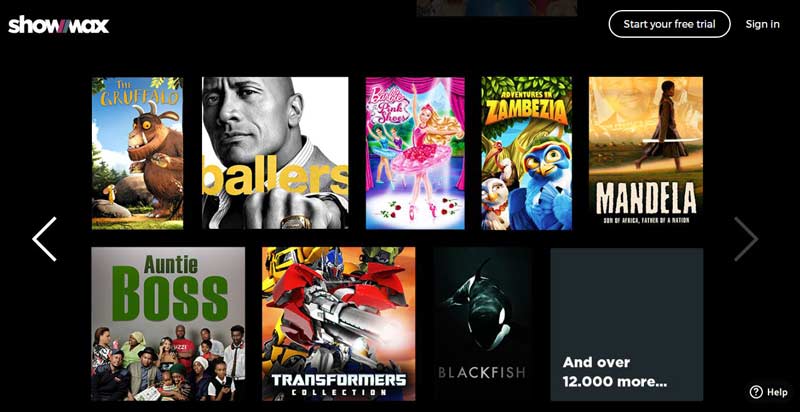 It’s called ShowMax Select and it offers subscribers unlimited access to a catalogue of TV shows, movies, kids shows, and documentaries more (than 10,000 TV show episodes and movies) for 49 Rand per month. ShowMax’s standard subscription is 99 Rand per month.

The new service also has a strong focus on local content for the South African market with hit shows like Isibaya, Shaka Zulu, Binnelanders and Dineo’s Diary. According to ShowMax, it has been optimised for lower data consumption on smartphones and tablets.

Unlike other VOD services including the standard ShowMax bouquet, ShowMax Select is billed directly to a Vodacom account and there is no need for a credit card.

ShowMax Select is an interesting mash of strategies that so far haven’t been primary obligations for the major service providers in the African VOD space. It offers a budget service, tied to a mobile network subscription, optimised for mobile access and laden with local content.

These elements go a long way in addressing some of the more pertinent issues tied to providing TV via the internet to Africa’s fledgeling VOD market.

Limited disposable incomes are accommodated, the issue of expensive data is somewhat addressed and a partnership with a mobile operator taps into mobile broadband, the leading avenue for internet access on the continent.

Then there’s the provision of local content which offers a point of difference in a sea that’s been flooded with stories from Hollywood and everywhere else, something that only Nigeria’s iROKO has completely devoted itself to address. Every other serious VOD contender (Netflix, Amazon’s Prime Video and Econet’s Kwese TV) is still serving a Hollywood platter.

What about launching this in Zimbabwe and other territories?

The question, though is if such a service will make its way to other markets beyond South Africa. In other African territories where data is expensive and TV options are limited (like Zimbabwe) a tie in with a mobile operator with a cheaper bouquet and data optimisation would be a godsend for subscribers looking for a pay TV alternative.

According to ShowMax’s head of communications Richard Boorman, for now, the concept is being tested and refined.

Speaking to Techzim, Boorman explained how ShowMax is talking to a number of networks and how they believe the partnership model (like what they have with Vodacom) makes a lot of sense. Where possible ShowMax will pursue the approach.

Regarding the focus on local content and the possibility of trying this in other markets Boorman says,

Localisation is a core part of our strategy and something I think you’re likely to see more of from us over time. Yes, we would like to get hyper-local with respect to content in each market.