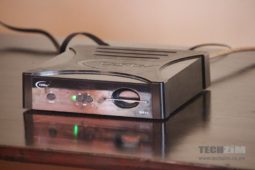 An announcement has been made by MultiChoice South Africa that the cost of DSTV bouquets go up with effect from 1 April 2017. This increases the cost of their packages by between 4-7%, but interestingly, even at the new prices that will come into effect, Zimbabwe’s will still be paying more.

No communication has come through from MultiChoice Zimbabwe, as to whether their packages will be increasing, but however, taking into consideration that last year  (those who subscribe from Zimbabwe) were not subjected to an increase in 2016.

DSTV Zimbabwe and its’ subscription payments were recently in the spot light, as the Reserve Bank of Zimbabwe brought to attention the large amounts of payments that “the country” is making in order to keep Zimbabweans entertained, albeit it may not be their fault.

Here are the new prices for those who subscribe to South African bouquets (no, not for you that are doing it illegally):

The following prices will NOT increase on 1 April 2017:

With this announcement and the attention that is being drawn to large amounts of money that is making its way out the country to pay for entertainment, it would be interesting to see whether MultiChoice Zimbabwe, who charge in US dollars (with Ecocash that charge in Rands), will increase their packages.

Over the recent weeks, banks have been blocking payments outside the country, to try and manage the limited foreign currency at their disposal and with the recent Monetary Policy announcement, DSTV Zimbabwe may need to find a new way of remitting their funds back to their principal. This “new way” could point towards an increase in costs, which more times than note, is just passed onto the customer (but then again, that’s just me speculating).