DStv subs & card payments are 2nd highest driver of forex use for Zimbabwe, trend is a cause of concern for RBZ 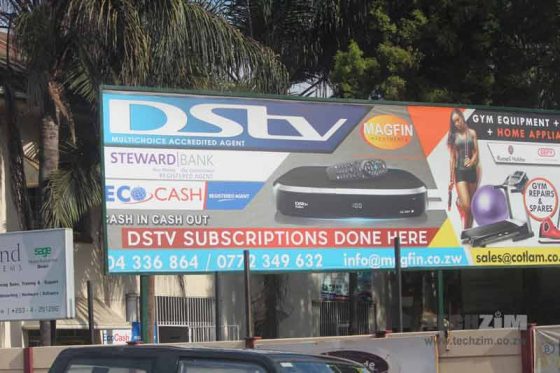 According to the 2017 Monetary Policy presented by the Reserve Bank of Zimbabwe, DStv subscriptions and card payments were the second highest driver of foreign currency spending through Nostro accounts.

Between July and December 2016, US$206.66 million was used for payments for satellite TV service DStv and card transactions, a total only surpassed by the US$331 million spent on fuel.

During this period Zimbabwean foreign currency payments for DStv and card transactions exceeded other transactions such as the importation of raw materials for the manufacture of products like cooking oil, maize imports and the allocation for machinery and telecoms equipment.

Does this mean DStv payments will be controlled or banned?

In the monetary policy statement, the RBZ pointed out how this is not sustainable calling the higher spend on DStv subscriptions instead of raw materials to produce goods like cooking oil counterproductive and illogical.

The RBZ’s solution has been to direct all banks to ensure that the international card switches facilitate local settlement of local transactions in Zimbabwe. The central bank has also said that it will introduce measures to stick to its import priority list which it released in 2016 as a guide to which areas were to get preference for forex payments. On the

The central bank has also said that it will introduce measures to stick to its import priority list which it released in 2016 as a guide to which areas were to get preference for forex payments. On the list, DStv and card payments had a lower priority than raw material importation.

The RBZ’s statement on the new measures reads,

The Bank shall quickly move to redress this market failure through measures that compel banks to adhere to the import priority list and to mitigate against institutional indiscipline such as the use of more foreign exchange for personal card and DSTV transactions ahead of raw materials to produce cooking oil, for example. Financial institutions should do some soul searching and rethink on how they add value to the economy under the New Normal.

This doesn’t say how DStv or card payments will be affected exactly (they aren’t being banned) but it does suggest that unless certain arrangements are made by such service providers such transactions might not be as swiftly handled as they aren’t high on the priority list.