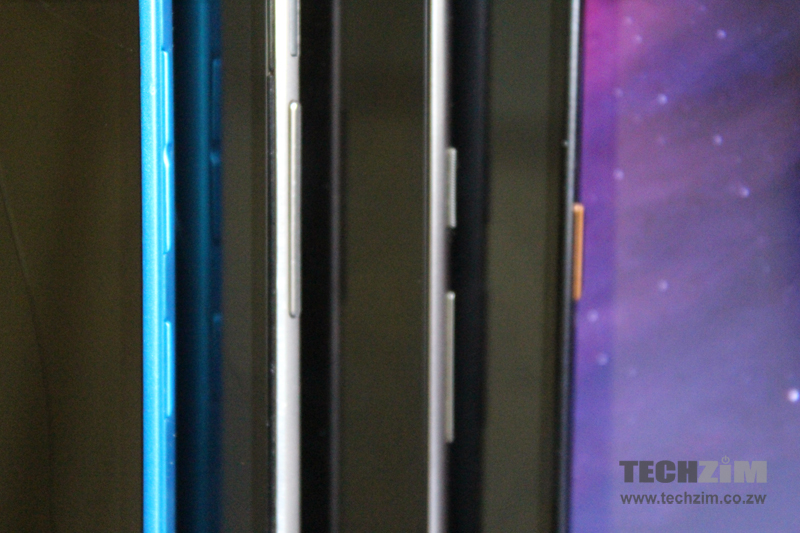 It is going to be quite a big year folks. The titans of the smartphone arena are out for blood and we cannot wait to see the offerings that will take centre stage at the annual Mobile World Congress later this month. Here is a line up of what we can expect.

Huawei will be releasing the P10 which is a successor to the fan favourite the P9. The P10 and P10 Plus are rumoured to be packing a HiSilicon Kirin 960 and slightly higher clocked 965 CPU respectively. They should carry on the dual camera setup featuring one monochrome sensor and one colour (RGB) sensor.

LG is also planning something big for MWC with the G6 teasing a bigger display with slimmer bezels, water resistant body (bye bye removable battery) and a strong emphasis on ‘reliability’. Under the hood the G6 will sport last year’s flagship CPU the Snapdragon 821.

This is because Qualcomm could not meet demand for its next flagship CPU the Snapdragon 835 with Samsung getting first dibs for its S8 line.

It will also come with a 18:9 aspect ratio (2880×1440) which they are calling ‘Full-View’. The modular form as well as LG friends from the G5 has been ditched. Storage options are at 6GB RAM and 64/128GB internal storage options.

Crunching the numbers might be last year’s flagship offering the Snapdragon 821 which is still pretty relevant. The G6 is reported to launch on February 26 in the US before the Samsung does. A strategy maybe to capitalise on impulse buyers before Samsung brings out the Snapdragon 835 powered Galaxy S8.

Samsung got first dibs on the Snapdragon 835 after partnering up with Qualcomm as they were the only SoC (System on Chip) manufacturer with the technology (10 nanometer process) that was advanced enough to meet the demands of Qualcomm.

Specifications however are totally in the gray right now from RAM and storage options, cameras, display resolution it’s a mess but most certainly the S8 will be running a Snapdragon 835 chipset, the display will support HDR video playback and Iris scanner should be in the mix. Basically all the bits that made the Note7 a great device.

Interesting rumours though are that the S8 will join the dual camera bandwagon a trend that Huawei successfully made mainstream with the P9. Another sad rumour is Samsung might be sacking the headphone jack as well.

Image render leaks suggest the traditional physical home button and its companions will be axed as well being replaced by virtual onscreen navigation keys.

As a result the fingerprint scanner might be moved at the rear of the device leaving the face of the device free and easier to achieve insanely thin bezels. Announcement of the S8 launch date will be made at the Mobile World Congress with the date most likely to be at the end of Q4 2017.

It’s 10 years since the first iPhone and yes the internet is mad on what to expect from the American smartphone giant this year. 160 million AMOLED displays have been ordered from Samsung and the company has partnered with Energous which developed a wireless charging solution that can wirelessly charge a device from 15 feet (around 4.5 meters)

The rumours are however suggesting the next iPhone might eliminate the physical home button and replace it with an onscreen version. The Touch ID could be integrated into the display and be of the ultrasonic variety and facial  recognition for an extra layer of security powered by a laser and infra red sensor rather than a traditional camera. Rumours can still be taken with a pinch of salt as it seems to early to acknowledge any reports with the next iPhone launching late Q3 2017.

The Nokia 6 unveiled earlier this year has been selling like hot cakes with HMD Global running out of stock twice in what are being termed flash sales. It is rumoured that Nokia will bring in 3 new devices at MWC two of which being the Nokia 5 and the Nokia 3 which according to the specifications have inferior specs compared to the Nokia 6 (2GB RAM, 12MP camera and 5.2 inch 720p display).

However with the little information available there might still be hope of Nokia giving us a flagships offering. Another piece of interesting Nokia news is the possibility of a $69 handset set to pay homage to the iconic Nokia 3310 which will be the third possible device at MWC.

I bet no one expected Xiaomi to make the cut. However it’s not what you may think. Xiaomi is reportedly launching its first ever mobile phone CPU dubbed Pinecone putting Xiaomi in the league of smartphone vendors  the likes of Huawei, Apple and Samsung.

This SoC will be manufactured using the same 10 nanometer process employed in the upcoming Snapdragon 835 CPU and samples of these are expected to be revealed at MWC.