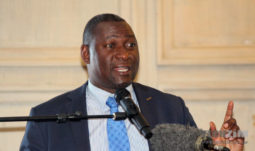 POTRAZ – Zimbabwe’s telecoms regulator and the Minister of ICT – Supa Mandiwanzira, have been summoned by Zimbabwe’s Parliamentary Committee on ICT to give testimony on the issue of floor pricing on mobile data which resulted in the increase and eventual decrease of mobile data prices.

Both POTRAZ and the Minister are expected to attend an evidentiary hearing scheduled for the 6th of February (today) at 2 pm and offer clarification as to what transpired and highlight how this will affect mobile data use for Zimbabweans.

Between December 2016 and January 2017, mobile broadband subscribers on Econet and Telecel experienced an increase in mobile data prices. The price adjustment from the two MNOs was a response to floor prices on mobile data bundles and voice calls which were set by POTRAZ in agreement with the mobile networks.

After a huge public outcry, the tariff increase was reversed with the Minister of ICT and POTRAZ issuing statements outlining why they had done so.

The scheduled parly appearance follows another recent evidentiary hearing that was held by the same committee which saw Econet, NetOne and Telecel – Zimbabwe’s three mobile network operators (MNOs) provide separate testimonies on what led to the data increases.

Zimbabweans have voiced their concerns with the current data pricing schedules which place the country as one of the most expensive in terms of internet access. The concerns have also translated into Zimbabwe’s own #DataMustFall campaign.

As such, there will be a lot of focus on Parliament’s findings and how this will impact future deliberations on data pricing.