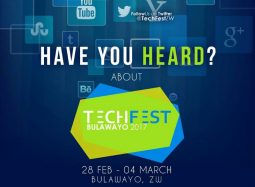 In late 2016, TechVillage a Bulawayo-based innovation space and coworking space announced that it would be hosting a Southern African technology and innovation festival called TechFest. Due to scheduling conflicts, the event was postponed.

More than a month later the team at TechVillage has finally tied up all the loose ends and TechFest will kick off tomorrow (Tuesday 28 February 2017)  with a five-day programme that is expected to keep people engaged in activities focused on skills transfer, local and regional innovation and promoting collaboration.

Activities over the 5 day event will include community hacks – which will bring together developers and entrepreneurs into clusters that will create real tech solutions to some real problems for some businesses in the area; a Hackfest – which will be a large overnight hackathon; Street Pitches; a LAN Party for gamers; an open street innovation expo plus a conference with discussions on issues relating to tech innovation in the region.

There’ll also be a number of satellite events and workshops led by stakeholders in the regional tech innovation and entrepreneurship ecosystem. Areas set to be covered include intellectual property, taxation, and business formalisation.

A lot of the stuff that’s lined up for the duration of TechFest is what TechVillage has been largely involved in – pushing the tech innovation and entrepreneurship agenda to a larger community that might not be entirely aware of its potential to solve real problems.

The event does, however, extend the reach and diversity of these activities by opening it up to participants outside Zimbabwe and engaging a wider audience outside the hub’s own bubble.

This is also evidenced by the option for collaboration that TechFest has extended to organisations in the entrepreneurship and innovation space that can contribute to the work that’s been scheduled.

If, however, you just want to attend the event, soak it all in and perhaps take part in a hackathon or two, tickets are being sold on the TechFest website and through TechVillage as well as through liaison with the organisers via the TechFest Facebook page.