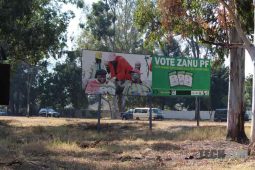 The government of Zimbabwe has taken over the acquisition of the Biometric Voter Registration (BVR) kits, replacing the United Nations Development Programme (UNDP) which had stepped in because of Zimbabwe’s strained resources.

According to Open Parly, this was announced by the Zimbabwe Electoral Commission (ZEC) chairperson, Rita Makarau.

The BVR kits are meant to provide a modern, transparent voter registration process and are part of the measures that are being taken to ensure fair elections. Earlier communication from the ZEC had outlined how the Biometric Voter Registration would work.

So far a tender had been issued for the provision of the kits with the UNDP as the financier of the US$50 million project handling the tender process on its own e-platform and verifying the tender documents submitted by potential suppliers.

12 companies submitted tenders and five were shortlisted. Of the five, three are expected to present their systems for final selection.

Makarau was not able to explain why the government had stepped in which has fuelled speculation that this is the State’s way of ensuring that it has a say over who provides the BVR kits.

This theory is hard to dismiss when you consider how the government of Zimbabwe has struggled to raise finances for any ancillary projects and activities.

90% of all State revenue is being directed towards the enormous wage bill, which leaves a small fraction for every other commitment. In the last national budget, ZEC was allocated just US$9.8 million – a figure which Makarau pointed out as being inadequate. She has also reportedly stated that ZEC needs over US$100 million for the elections.

With these realities, a US$50 million BVR project could be jeopardised and it would have been prudent to allow the external party willing to bankroll the whole thing to proceed.