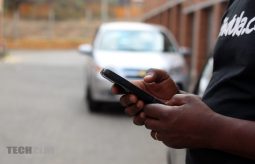 The number of voice call minutes made in Zimbabwe has continuing to tumble as more and more people resort to WhatsApp for their voice calls.

A report by Zimbabwe’s telecoms regulatory body, POTRAZ, that Techzim has received shows that there was an 8.6% drop in calls made by people using their regular mobile numbers. The report covers the 3 months from October to December 2016, and compares the telecoms usage numbers to those of the previous quarter.

This is not a new trend. The 3rd quarter itself registered a 5% decline from the second. Looking at the annual period, December 2015 had 1.1 billion minutes which is an annual drop of 29%. See the graph below: 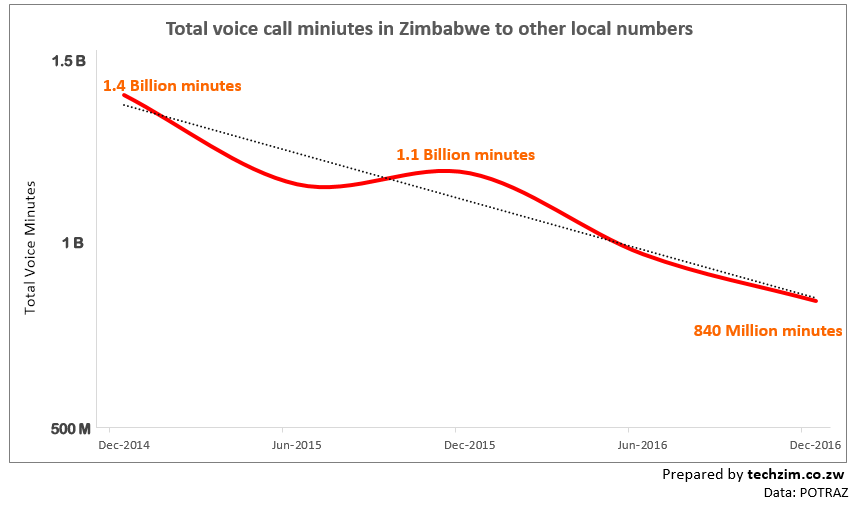 The they-are-now-using-WhatsApp theory is backed by the increase of amount of data processed in the quarter – 19% – where voice is declining. Ofcourse you don’t need to look further than your own usage patterns. Are you making more WhatsApp calls now than you did in the past?

It’s tiring writing the same story we have written these past 3 years. The story about mobile operators finding themselves in situation where the decline in voice calls means decline in revenue. They simply don’t get the same money from a one minute WhatsApp call, that they used to from the traditional voice call.

As usual, the operators are mourning about the losses in revenue this has caused. Government too is complaining – they’ve lost tax dollars. They – Econet on one side, and government with its two operators (Telecel and NetOne) on the other – tried to collude to raise the data tariffs, but it failed eventually.

Econet saw an opportunity to make a killing in a very short time as they traditionally do. Government on the other hand, noticing the flaw in Econet’s appetite, couldn’t miss the perfect opportunity to score political points.

The grand plan fell apart. So they are still complaining.