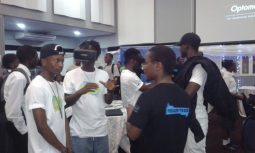 Last week, Bulawayo was graced to host a both lit and handy event which everyone by now is talking about: the Techfest. It was a multi-day event, stretching from Tuesday right through to Saturday with dynamic activities on each day, all held at the Rainbow hotel. Contrary to popular belief, an event can both be fun and helpful as was proven by the Techfest. Fortunately, I had the opportunity to attend this multiday event and gathered a few observations, however, this article will only concentrate on one of them.

It is quite disturbing to note that the people’s response to “productive” activities (and/or events) is undeniably poorer than that of “unproductive” ones. I deliberately put productive and unproductive in quotes because the definitions are subjective, but for progress sake, let’s just go with the one you first thought of before the temptation of being controversial hit you. Seminars, conferences, trainings etc. often receive low turn ups (even when they are for free – yes free!) as compared to bashes, pool parties etc. which are never for free. I could have generalised and made this a Zimbabwean syndrome, but to be safe, let me speak for Bulawayo since I grew up here and have seen enough of these to safely make such a conclusion.

Could this phenomenon be a result of poor advertisement on the part of “productive” event organisers? The general conception that “productive” events are expensive to attend? Are they boring? Are they not as helpful as we would like to think they are? Or just the fact that we haven’t come to the point where we realise their importance? These are questions different stakeholders (which is basically everyone) should ask themselves.

Nevertheless, after attending the TechFest event, I might want to shoot down a few of those assumptions e.g. the assumption that they are expensive: let’s make a contrast shall we? How much is a show by Black motion or the Kalawa? US$5-10 just the entry fee. TechFest? US$5 (Including a buffet lunch) for the unsponsored events and exceptionally free for the rest.

The other assumption I want to dismiss is that they are boring but really? All the flashmobs, community hacks, hackfest, networks and Lan parties cannot be classified under boring, if so then what isn’t? Added to that, the techfest had a number of influential people who openly shared how they have made it, entertained individuals from all backgrounds and even offered mentorship for some; that definitely disqualifies the assumption that they are not helpful.

Maybe the techfest was an exception, if so, then probably “productive” events organisers should take notes. If not, then a whole lot needs to change, be it our perception or the actual structuring of the events themselves. Regardless, something really has to change!

4 thoughts on “Zim tech events; A call to change…”