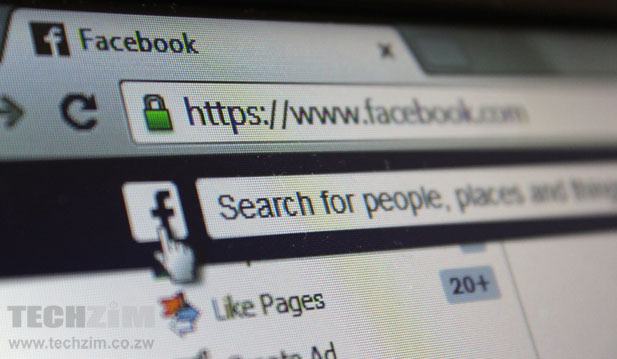 Over the years media and marketing professionals have been highly interested to know the numbers of users that use the various social media platforms available in Zimbabwe. At Techzim it’s almost a weekly question we either get directly or we enter into a discussion where these stats are needed.

The case was the same this past week when Techzim and TBWA co-hosted our Digital Future CEO’s Breakfast where part of the discussion was tailored around us compiling stats for attendants in the form of the ‘State of Digital Media in Zimbabwe Report’.

Some interesting facts and tidbits came out of the ‘fact finding mission’ that we set out on, however, the particular fact that I’m sharing today has to do with the numbers that the world’s largest social network is garnering in Zimbabwe: FYI – there are no clear stats available online, where Zimbabweans’ usage stats of Facebook are concerned, however, we’ve reached out to Facebook and other players who may be able to reveal these numbers more conclusively.

Before I give you the stats for the number of Facebook users in Zimbabwe, an explanation to the method used to come to these numbers.

That’s how we got to the stat.

But before we get there, in 2013, using the exact same method, there were an estimated 1.1 million users who were accessing the platform every month.

A lot has changed since then.

Zimbabwe has become a largely ‘bundled internet’ connected country. A ‘bundle’ is basically when you pay a fixed amount for a set amount of access to a particular website/app.

The bundles that Zimbabweans can buy from their mobile network provider are Facebook, WhatsApp, Twitter, daily data bundles, weekly and monthly.

The most popular of these bundles has proven to be WhatsApp. Everyone and their cat use the instant messaging app, so much so, that back in 2015 as much as 34% of Zimbabwe’s internet was consumed through WhatsApp bundles alone!

This has had a cascading effect on other services such as Facebook. The preferred bundle is WhatsApp and a number of times as a Zimbabwean internet user, I’ve discovered content through the app. Yes, the odd fake news creeps in and users are continually encouraged to fact check, however, it has become the default internet for a large number.

From our estimates, there are about 860,000 monthly Facebook subscribers. That’s a 21.8% decrease from about 4 years ago.

Unfortunately, when we did our initial assessment on how many people used Facebook in 2013, we did not break it down by age and sex demographics, hence this makes it difficult to establish what age group have deserted the platform (if at all), or are ‘millennials’ failing to latch on to the platform because us “ol’ barlies and ol’ queens” are on it?

From the stats we got, the bulk of the people who are on Facebook at the moment are the 18-34 year olds, largely male, while there is a healthy amount of 35-44 year olds. At a paltry 32,000, millennials may have certainly not seen the need to be on Facebook as those that they want to connect with are already on other platforms (SnapChat, Instagram and Twitter?) and they connect there?

We’ve yet to come out with conclusive answers, but have committed that at our Digital Future Conference we’ll be releasing the findings to our attendees.