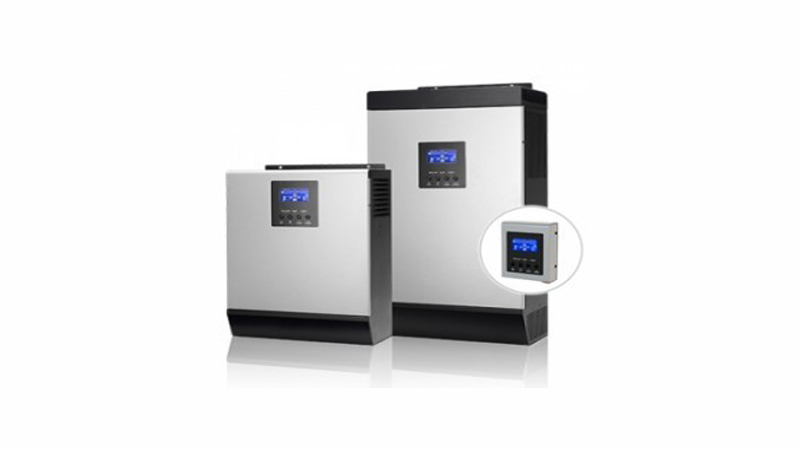 In this week’s installment of GOING SOLAR we shall take a look at the POWER INVERTER.

The Power inverter, could simply be described as a box of electronics that converts the power from your battery to the power used by your TV and fridge.

In reality though these boxes vary greatly in how they achieve this. This week we shall look at the basics of the power inverter, followed next week by a few calculations that will help us determine the right size and type of inverter for our needs.

In our article “understanding Electricity” we spoke about the differences in the two types of electricity, one being DC and the other AC.

This waveform created by oscillating AC power is called a sine wave. An inverter mimics this wave form in producing AC power, this then allows the AC appliance to run.

Several waveform options are available from the inexhaustible brands and types of inverters currently available. Each waveform has its advantages and disadvantages in relation to your requirements. Let’s break these down and see which inverter works for us.

What is the difference, modified or sine wave?

These inverters are normally good for light load applications such as lighting, TV’s, Fans laptops and some small refrigerators and small motors

Most high quality inverter manufacturers worldwide have developed quality sine wave inverters to highly efficient levels. Currently efficiency has reached up to around 96% and the electricity from these devices is of a higher quality than grid (ZESA) power virtually anywhere in the world. These inverters, especially when based on the transformer technology, will power anything electrical . . . . . yes, ANYTHING, pumps, stoves, factory equipment etc.

Inverters are available in several forms, from simple off-grid inverters to water pumping inverters. They are grouped as follows:

These inverters are designed to take power from a battery bank and deliver that power to your appliances and nothing else. They do not provide a charge to the battery’s, and are used in locations located away from the grid (ZESA). These are most suited to applications that include solar panels and located in areas where the grid (ZESA) is not or will never be available.

This type of inverter typically includes a battery in the same box as the “off-grid” inverter. The combination is commonly referred to as an inverter/charger.

This is the most common and most sort inverter in the industry. This type of inverter is usually connected to an existing grid (ZESA) from which the built in battery charger draws power to charge the connected battery bank. Also built into the same inverter is an automatic changeover switch. This allows the inverter to change its output from grid (ZESA) to inverter power. This allows this inverter to act as a backup or standby power source in the event of grid failure (load shedding). This inverter can also be used in “off-grid” applications where a generator maybe used to provide grid type power to charge the batteries.

This inverter is widely used in homes, offices, shops and factories as a mains backup power source.

The solar inverter is designed to provide immediate power to the user, and in most cases does not have a battery bank connected. Its main operation mode is to take power straight from the panels and convert it for immediate use.

Typically a solar inverter supplies power to appliances via an inverter/charger, that then charges the battery bank. Usually used in large solar arrays, the solar inverter replaces the standard charge controller making the system more efficient.

Solar inverters operate during daytime only and do not require battery storage, at night they switch off, leaving the inverter charger to provide power overnight.

Solar pumping inverters like the solar inverter above do not have a connected battery bank. Instead they provide power directly to a connected AC pump.

In cases where high volumes of water are required, the use of AC pumps is often necessary. This is where the pumping inverter comes into its own.

So what do I need?

The question above can be answered in a few short sentences:

This week we will leave it here and let you digest this information, please feel free to get in touch with us anytime and we will try and respond as quickly as possible. Have a great and energetic week ahead ! !

Please keep sending your questions to us at tech@clamorepower.com. The more you communicate with us the better placed we will be to offer clearer and simpler answers that will help you get energy independent yesterday. You can also visit our FAQ page for more information.