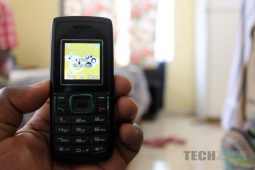 So today I learnt a new idiom. More than the fun of just learning a new string of words that sound wise, it forced me to think about how we sometimes think and write about issues here on Techzim.

Before I disclose the new idiom I learnt (more like disclose my poor English for not having come across this earlier), let me first clarify our editorial position as far as opinions are concerned. We do not apologize for having an opinion. We do not claim to have a neutral view on any piece of news we come across or report on. Anyone can write such and indeed a lot of publications do.

We will be fair of course and present facts as facts all the time. However, our writing is usually on our opinion on the facts presented. To tell the truth, there is NOTHING called objectivity in news. In fact if you do a quick wiki search on the philosophy of objectivity you may be left battling with the thought whether anything can ever be objective. In short: Techzim writers do not merely report facts, they also express their opinion about the facts in order to stimulate debate. We believe this advances the tech industry, business and value propositions in Zim and Africa.

So back to the idiom: LOOKING A GIFT HORSE IN THE MOUTH (the usual form is, don’t look a gift horse in the mouth). This means to fail to appreciate what you have been given because you are too busy inspecting whether it’s a good enough gift. I think we have been in this position quite often here on Techzim.

For example, when NetOne announced their new voice call bundles we sort of dismissed the promotion on the fly because we were focused on counting teeth in this new horse. Of course our writers should always express their opinion on products and services otherwise Techzim is not Techzim but our writers’ opinion itself must not be dismissive.

Yes, WhatsApp has widespread use and is the choice mode of communication in Zimbabwe. This however, does not mean that a downward revision of the cost of voice calls is not welcome. A colleague and I were in Nyanga last week and we met a man who works at a farm in Nyanga. This man told us that he and a number of his co-workers did not use WhatsApp at all and were not really interested.

To this man and maybe a lot more like him, and to us for those few times that we need to call, Khuluma is a good toothed horse. With OneFusion, Netone already gives customers a great deal for WhatsApp and data in general so where else could they offer value? They chose voice. They probably did not think like this in the boardroom but I hope they did. I hope the question was, “Since we offer the craziest deal for data, where else can we deliver value?” I hope the answer was, “How about voice? I know most people now use WhatsApp and we already have them covered, but how about those few who don’t or the few times the whatsapp users need to make regular calls?”

Idioms do carry wisdom, do they not?

4 thoughts on “What an idiom teaches: NetOne’s Khuluma might be a good toothed horse after all”