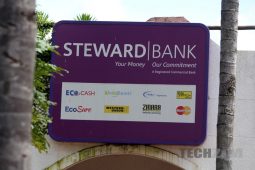 Today we woke up to the announcement of new appointments at Steward Bank. To Techzim readers and the local tech ecosystem in general, the bank’s new appointments will come as a pleasant surprise as these are familiar faces we interact with.

Who are these guys?

Head of this new team is Arthur, whom you will remember as the guy Econet poached from Telecel last year to manage digital merchant payments and bridge the gap between EcoCash and Steward Bank. Arthur had apparently done some amazing work at Telecel around the introduction of the Telecash gold card and ensuring that Telecash was an easy to use product for merchant payments.

Most in the local technology space know Arthur for his open approach to working with developers to get them using the Telecash API. At a time when Econet was being sneered at for being shortsighted in not seeing the opportunity to let developers know and understand their API, Matsaudza was part of hackathons to help explain the Telecash API (what was possible, why, the kind of stuff an MNO was looking for etc…) In short, even though he may not been able to offer a rich subscriber base for mobile money, he offered a human face and realised having a platform meant engaging potential innovators.

Gedion Moyo is known mostly for developing apps for EcoCash from outside the company. He came to the fore when he built an Android app for EcoCash at a time when the company itself didn’t have one. That didn’t go down so well as the app was immediately blocked by Econet (see above on hostility to developer ecosystem). Later Gedion built Mobi-Ledger, an app to keep track of EcoCash transactions for personal management of finances. It’s needed now more than ever with the sharp rise in EcoCash transactions. He also built the Tariff Calculator to enable mobile money users to choose the lowest transaction fee ranges for money transfers.

More recently, Gedion built Cashbot, a bot (just for proof of concept he told us) to enable people to pay with EcoCash using the Facebook messenger. You can test it out here. Gedion is the new Steward Bank Head of Digital Transformation.

Ritala is known locally for his work as a developer but spent most of his time working in South Africa where he was with FNB Bank and other companies. He however has continued interacting with devs and other techies locally in various spaces. Techzim readers will know him is a contributor here (well, he really just wrote once  in defence of a new Apple phone 😉 ) He’s the bank’s IS Operations Manager.

Luckson, the new Digital Products Development Manager, is also a developer who’s worked at Telecel and Econet where he was part of the teams building financial services products for the telcos. Like the other 3, his strategic strength for the bank is that he is not financial services first. It is building technology for mobile users.

The changes come at a time when Steward Bank has been said to be having technology infrastructure stability issues.

Ofcourse whether Arthur, King James, Luckson and Gedion will succeed in refocusing the bank into building robust tech infrastructure, is something only time will tell. Much more goes into a successful product than amazing individual talent. They will for example, need to be able to work as a team. And beyond their core tech team, they will need to fit into bank’s culture & flow (or influence new culture) well.

That said, these are people up-and-coming talented developers in Zimbabwe (and even those that escaped to South Africa) will respect and want to work with, which means Steward Bank could attract more amazing talent.  The bank could be on the dawn of building some interesting fintech products.