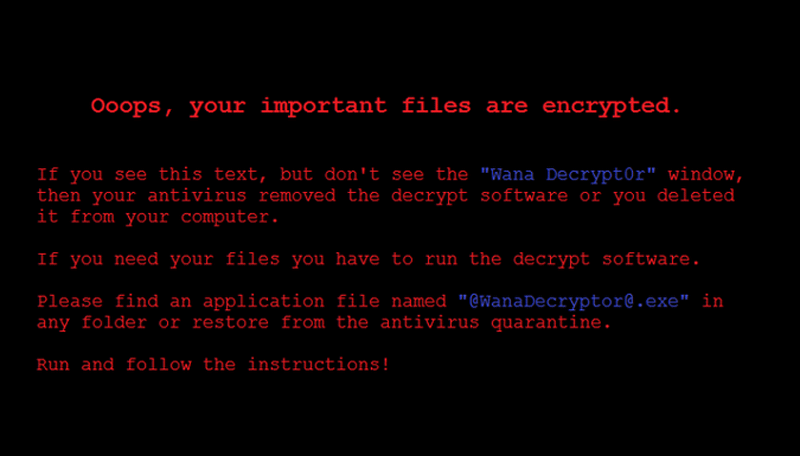 Internet users globally, are under threat of a massive cyber-attack identified last week that is spreading, and Zimbabwe is no exception.

To help people stay protected we have created a list of Frequently Asked Questions about the attack as well as ways you can stay safe.

First, what is this attack exactly?

The massive started spreading globally on Friday 12 May. The cyber-attack has hit organisation in Russia, UK, Italy, Spain, Germany, UK, China and other countries.

150 countries have been counted so far and Zimbabwe is one of them, albeit the scale reported is not that extensive in Zimbabwe.

Europol, a police body of the EU, has said the scale of the WannaCry cyber-attack is “unprecedented”.

The attack is of a type called Ransomware. Basically ransomware is malicious software that locks the files on your computer until you pay a ransom.

Payment in bitcoin is usually demanded.

In the specific attack that happened last week, the hackers are asking for $300 in bitcoin.

WannaCry is suspected to have spread via a computer virus type called a worm. Worms spread easily on a network of computers, especially inside an organisation.

The ransomware is targeting computers (laptops, desktops, phones, tablets) that use Microsoft Windows.

Windows had a certain security problem that allowed this kind of attack to happen. Microsoft has since released an update to plug this security hole. However, not all computers are patched. In fact, it is highly probably that computers at your company have not been updated yet.

So if my computer is not updated, I can be attacked anytime?

Just because your computer is not updated does not mean that you will certainly be attacked by this ransomware.

Infections have to spread from somewhere, which means your computer will only be attacked if it connects to another computer that is infected. This can easily happen inside companies where tens or hundreds of computers are connected to the same network.

Windows computers on company networks are therefore at a higher risk than individuals at home for this particular attack.

I’m on Microsoft Windows, how do I protect myself?

The best way to stay safe is to keep your Windows updated against such attacks. Therefore, make sure Windows Update is enabled by default.

What about my Antivirus? Can’t it protect me?

However, you certainly need to keep your antivirus updated always. This will ensure that it can detect the Ransomware and possibly prevent it from infecting your computer. Though relying on it preventing attack is highly risky – again, update your Windows as a priority!

What are the other ways I can protect myself?