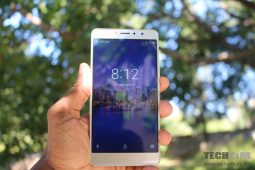 You might remember the Tecno L8 from last year with it’s insane 5050 mAh battery and the best endurance score of all the devices we had ever tested at the time.

Now they have the L9 Plus and it’s been spruced up a little bit. I don’t want to give away too much so let me walk you through the unboxing.

+ Bigger and much better looking display than on the L8

+ The audio truly impresses especially over a good set of earphones

+ Battery life is enough to keep you connected for days. Literally.

+ The design is more refined and much better looking

+ Fingerprint reader in this price range is not too common

– It is still underpowered

– Cameras could be better

– The keys need a backlight

The box itself gives you a desire to check out what’s inside and it comes with a standard set of accessories to get you going. 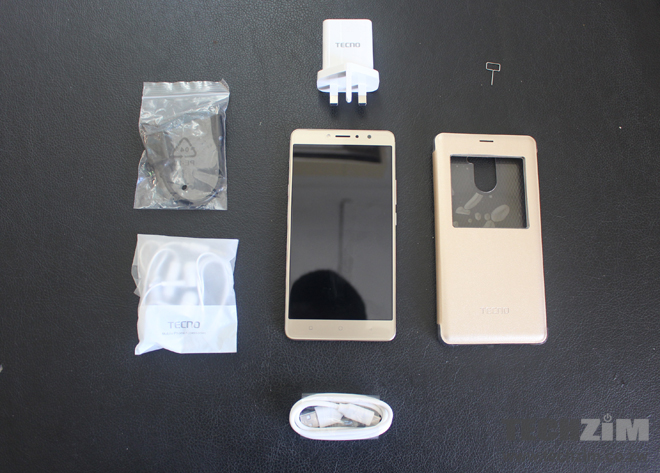 Now we get a bit excited when we buy or get a new phone but you might need to take extra precaution on 2 things here.

First the box housing the flip case is where the Sim ejector tool is placed. you might want to remove it from the box before you trash it. 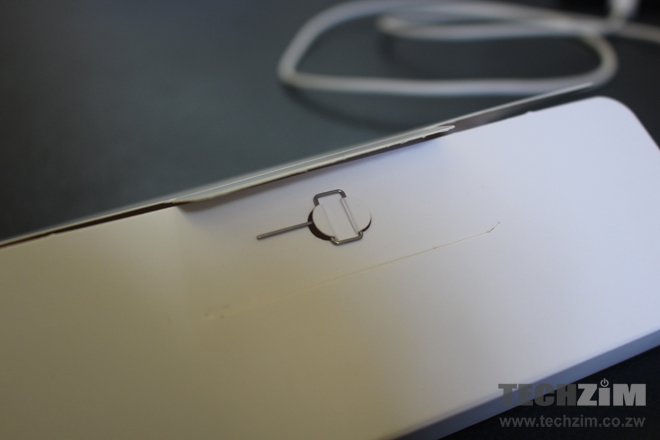 Right off the bat the L9 Plus irons out all the cosmetic kinks that the L8 had. The device is slimmer and the finish is much more premium.

Skip to the back and a welcome addition is a fingerprint scanner right below a 13MP camera. An LED flash sits next to the camera and right at the bottom is some Power+ branding. 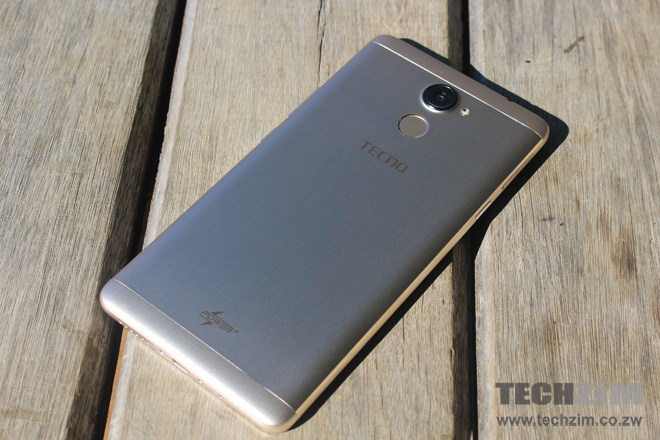 Up top you get a 3.5mm headphone jack, to the left the dual Sim tray and a dedicated powersave button, right edge is populated by the power and volume buttons as well as something that it almost extinct in the smartphone world. A DEDICATED microSD card slot. Why should I choose when I can have it all, dual Sim AND storage expansion?

The bottom has a primary microphone, micro USB port and the loudspeaker. 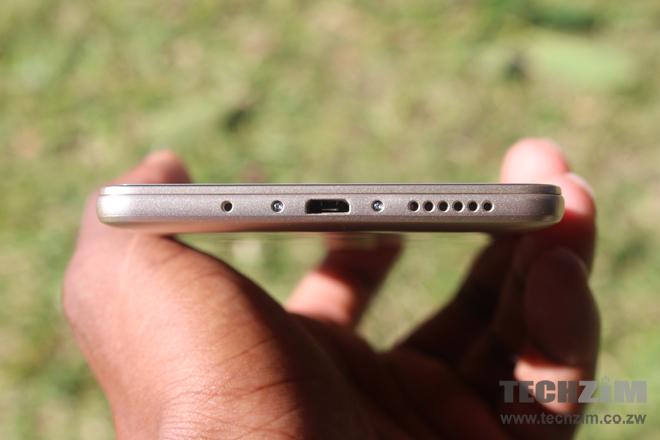 Front of the L9 Plus is a spacious 6 inch display of HD resolution (720×1280) which for today’s standards is quite a stretch. Nonetheless it’s satisfying to see a much more subtle border round the display. 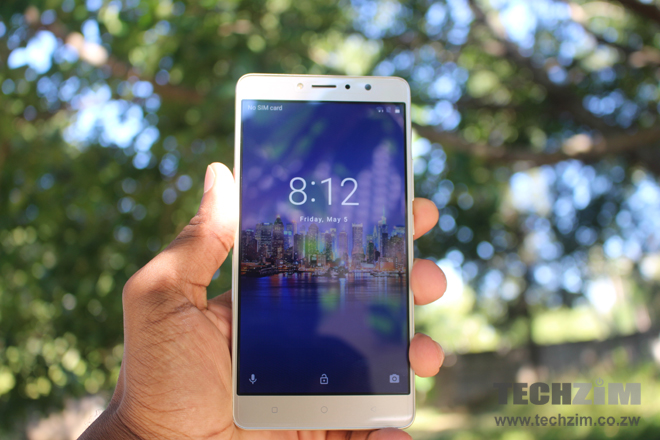 Above it is a 5MP camera, a selfie flash, the earpiece and sensors. Below it are the capacitive navigation keys which are not backlit and even in decent light are a bit hard to see. 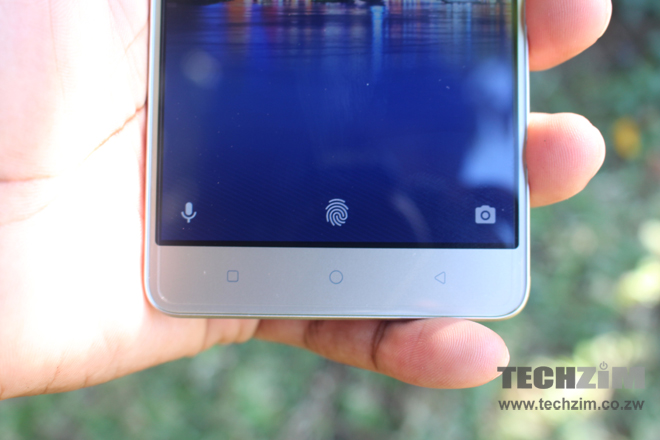 All of this is shielded by a slab of glass with a slight curve at the edges contributing to the elegant finish.

The camera department has also seen a complete overhaul. Selfie camera has been bumped to 5MP with an added selfie flash and the rear camera to 13MP from the 2 and 8MP combo on the L8. 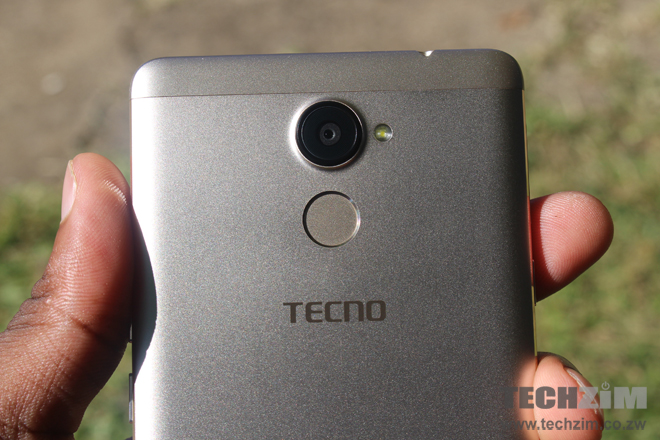 Image quality has improved, given perfect conditions you might be able to pull off some pretty decent shots. The autofocus takes quite a long time to lock onto the subject.

Colours are not as vibrant as we would love from both the front and the rear cameras. Video capture is the same story with heaps of focus hunting leaving the better parts of the video out of focus. 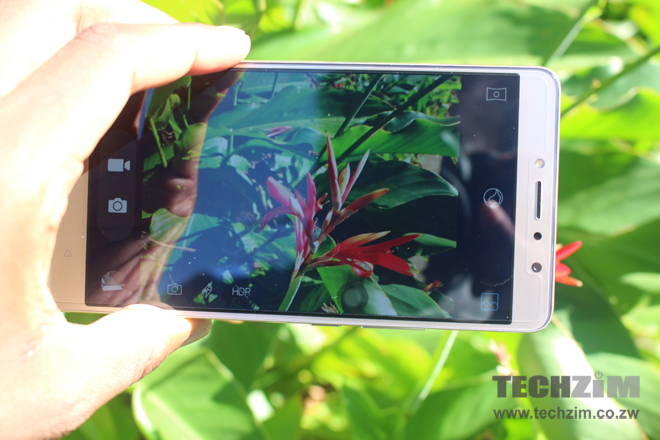 Now if you know Tecnos then you know if you want proper photography you either go with the Camon or a little higher up the foodchain to the Phantom. The L9 Plus however only speaks POWER, which is where we are off to next.

A generous 5000mAh battery is what juices up the L9 Plus which is a whole 50mAh less than the L8.

So when we reviewed the L8 it had by miles the best endurance score of any device we had ever tested with just a mere 29% power drain after an intense 3hr media marathon. 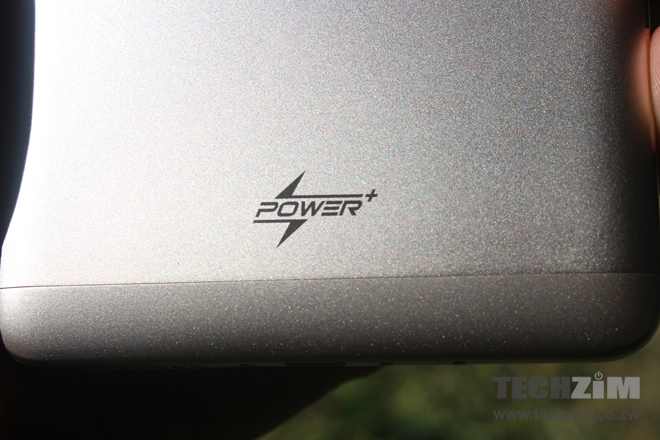 The folk at Tecno say they managed to maintain the same excellent battery performance by optimizing the software and the user interface.

The L9 Plus did fall short of the record set by the L8 but it was just a 1% difference which is almost negligible. It suffered a 30% power drain after an hour each of gaming, video recording and video streaming.

You can easily go over 2 days of normal usage before you need to hunt for a socket and when you do eventually empty the mammoth tank the fast charger can top it up for you in a giffy. 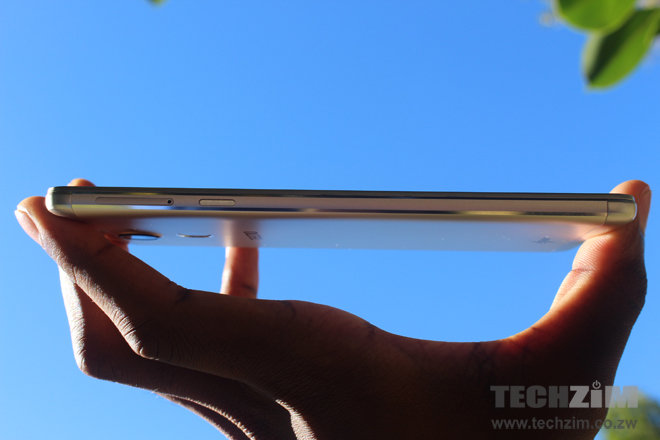 There comes a time when you want to push your battery to the very last second. The L9 Plus takes care of that with a dedicated ‘Super Button’ that limits device usage to the bare essentials for maximum battery endurance.

With the battery at 53% my estimated usage time was set at 33 hours. Usage not standby. 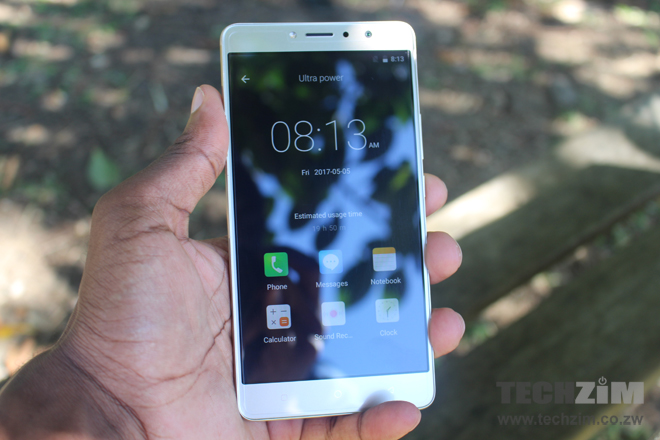 Customary for the L series you also get a USB OTG cable so you can share your power to other devices. Battery power is what the L series of the Tecno is all about. And it overachieves in that department.

Its loud, its a very loud loudspeaker it packs enough to challenge the sound systems in our local Kombis. At 75 decibels you don’t have to worry about a missed call ever again.

It’s not just the stratospheric volume levels but also the quality of the audio output at high levels. With previous Tecnos going too high on the volume knob left a bit of a crackle in the sound ruining the party.

However the star of the show here is the wired audio. This is the best Audio quality we have heard Tecno devices produce using earphones.

Okay so volume is just a bit lower than other devices but the quality folks. The low frequency bass and high frequency treble are well balanced giving an overall balanced rich audio experience.

In fact the wired audio on the L9 Plus is better than that of the premium Phantom 6 Plus we had a couple of weeks ago. If you love music on a budget, this $250 L9 Plus will not disappoint.

On that note the Tecno comes with Boom Player which packs a heap of features that include online music search, download and streaming. The Tecno is a brand focused on the African market as so the suggestions you get will be of the latest and greatest African artists. Big takeaway for us at least is that it works, and it works well giving streaming options of up to 320 kbps for all those Audiophiles out there for free.

No 4G again. This is a mid range device but with how common 4G has become we need it more than ever now. However the Tecno is a dual sim device and supports 2G and 3G connectivity.

Again we have to mention this device had a dedicated memory card slot so gone are the days of having to choose between more storage and a second Sim. CDMA is a no no on this device as well incase you were wondering.

The USB OTG cable is not just for trading power. It can also be used to connect external storage to the Tecno which can be a USB flash drive. If you fancy you can also use it to plug in a mouse or a desktop USB keyboard as well. Just for show maybe?

Performance is sufficient, as pointed out earlier this is a mid range device and it comes with a chipset to get things going. The chipset in question is a quad core Mediatek MT6580 clocked at 1.3GHz bundled with a Mali-400MP GPU, the same as the L8.

However it comes backed up with 2GB of RAM, a Gig more than the L8 and also Android 7.0 Nougat out of the box with HiOS on top. 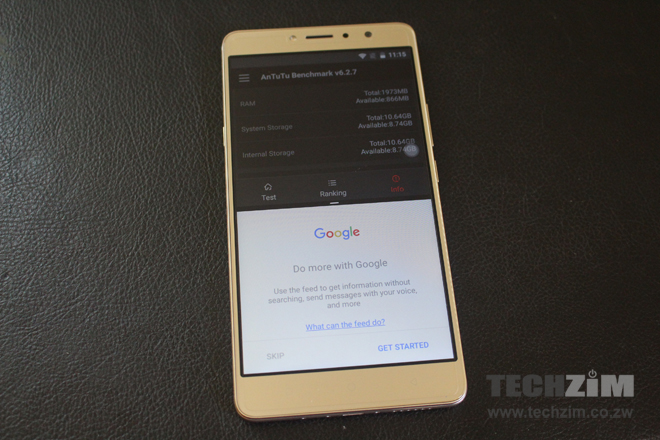 Interestingly however, the L9 Plus fell short of the L8s score on Antutu 6 with it scoring 24 329 points, a whole 798 points behind the L8. 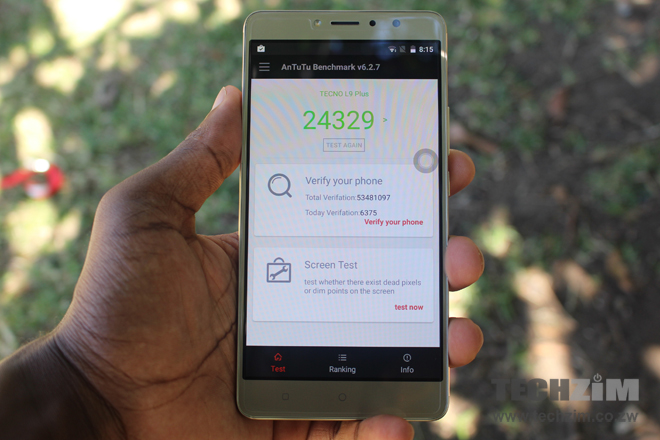 Nonetheless if you take away the benchmarks the L9 Plus fares pretty well when it comes to day to day routines. Everything runs smoothly and in standard Tecno fashion everything runs ice cold.

In Fact the only occasion that we have seen this Tecno try to warm up is whilst it’s charging. Other than that this is one cool device no matter what you throw at it.

If you are a power user who runs multiple heavy apps at once this one is not for you. This one is about power. Battery power. And it comes with a lot of it.

The L9 Plus has a couple of nifty features that should make life slightly easier. They call it Micro Intelligence and it allows you to make gestures on a locked screen to do stuff.

You can launch apps from a locked screen by merely tracing a letter.

Sliding down 3 fingers will take a screenshot.

The Tecno L9 Plus sure ironed out a couple of kinks that the L8 had and it also lives up to the legacy of the L series which is a device that solely seeks to keep you connected long after all the other guys have fallen at the mercy of the charger. 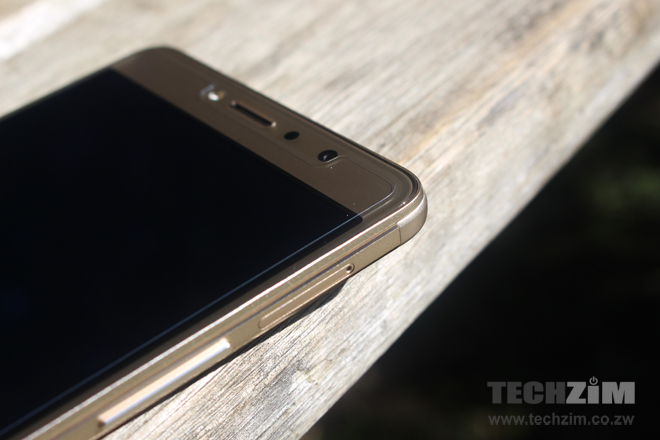 It’s your companion where power is scarce and it does this duty flawlessly. The design has been refreshed to stay up to scratch with the rest of the crowd and at $250 it’s not too bad on the pocket as well. If you feel like getting one for yourself visit Appliance Expert or Goldtech near you. This my friends, is power that just got an upgrade.

3 thoughts on “Tecno L9 Plus. Power just got an upgrade”