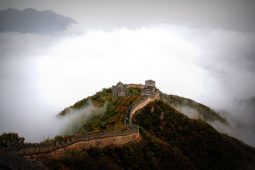 I have been reading Demystifying the Chinese Economy by Justin Yifu  Lin which details how China from 1979 onwards achieved rapid economic growth.

Now Yifu Lin is a respected professor of Economics and a former Senior Vice President and Chief Economist of the World Bank so he knows a thing or two about these things.

Prof Yifu Lin points out that for a very long period of history China was a global leader, until the industrial revolution when Western countries rapidly developed leaving China behind. It was only after the ascension of Mao and the Communist party in 1949 that the Chinese started thinking about restoring their leadership on the global stage.

However this was not an easy task and despite producing nuclear weapons and a formidable army, some structural shortcomings and flaws of the Mao regime meant China was still one of the poorest countries in the world in 1979, with a per capita income of $210. In comparison, Zimbabwe’s GDP per capita was $736 in 1979 and $916 in 1980.

This changed in 1978 when Deng Xiaoping came to power after the death of Mao. In the Communist Party’s 3rd Plenary Session of the Central Committee held that year,  the Chinese changed their fate by ushering in reforms.

Deng in 1980 made a target,  that by 2000 China should have quadrupled its 1980 GDP,  which required a growth rate of 7.2% every year,  a figure generally thought by economists to be impossible to achieve long term except after a war or natural disaster.

The Chinese, in 30 years, went from being broke and unable to feed themselves to making modern gadgets, (I use a Chinese made phone,  Xiaomi), having reserves in excess of $3 trillion and lifting an incredible 600 million people from poverty.

I think this book contains important lessons for other developing countries like Zimbabwe. The first being that a leadership with vision is a prerequisite for development. We need our economic Deng.

Secondly developing countries can exploit what economists term “the latecomer advantage”, which allows developing countries to develop much faster than developed ones using importation, integration and  imitation. This allows us to quickly develop technologically without spending as much in R&D while also avoiding the mistakes done by the early implementers.  For example you’d think we would go straight to optical fiber networks and skips ADSL in telecommunications.

But because each country is different solutions should not be imported wholesale,  they must be tailored to suit that country’s unique social,  political and historical circumstances.

The responsibility, then, is on the scholars and intellectuals of the developing countries who by their positions are uniquely situated to understand the history,  culture and realities of their countries and should use that knowledge to formulate a system capable of transforming their countries.

Importantly, Yifu Lin says, the intellectuals of the developing world “should thus deepen the understanding of their countries in all aspects including in political, economic and other social dimensions.”  Only then can they create a practical economic framework that addresses the unique opportunities and challenges of modernizing their countries.

Which brings me to my point. Actually this is all I initially meant to say, that our intellectuals, our scholars, do not seem prepared to take up this important task.

Where are our intellectuals? Do they really understand – in a non-partisan manner-  our history, our culture? Can they come up with practical ideas of sustainable long term growth?