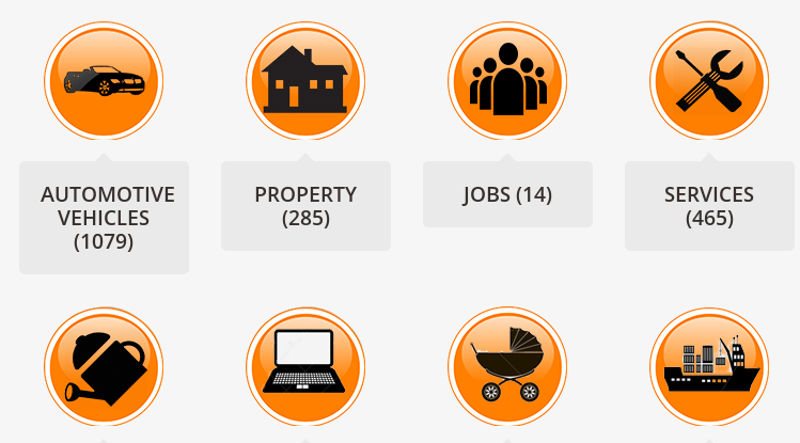 As internet penetration increases in Africa, it only makes sense for startups to start implementing business models that leverage on the internet. That, coupled with the cash crisis (which has undeniably catalysed the acceptance of electronic and plastic money), has led to a rise of e-commerce in Zimbabwe.

We, so far, have featured a number of e-commerce platforms here and the most recent ones being Econet’s Ownai and AuctionIT. Yesterday, I got to meet Tendayi Zinyama the co-founder of Tradezone Classifieds, a company which provides both an online and offline advertising platform “where goods and services are expediently converted to cash” in their own words.

However, from my understanding, their offline platform known as the Walk-in shop, is basically just complementing what they have online; and so far, they only have one walk-in shop in Bulawayo but plan on expanding to other cities and towns throughout the country.

Tendayi Zinyama – the co-founder, sounded quite excited by the traction which this project, now officially now 3 months old, has gained. I say officially because it started off as 3 WhatsApp chat groups, which people used to buy, sell as well as trade in their goods and services. Another interesting thing I must add is that their video ad which airs on ZBC every Thursday, was entirely constructed not by a single company or entity, but rather, by picking out individuals with different expertise from those WhatsApp chat groups and bringing them together to make a beautiful ad.

Also, due to the noticeable traffic from South Africa, Tradezone has since expanded to S.A (that’s about a week ago) and have launched their South African website (www.tradezone.co.za) as well as a South African customised mobile App to go with that.

The TradezoneApp is currently available for Android only and since I use an Android device, I managed to download it from the Google Play Store. I figured I might as well use it to sell our other set of sofas which have been crowding the sitting room area for a few months now. Uploading the advert was fairly straight forward. Now, I can get back to my business while my sofas (well, they are technically mine) sell. I can also monitor how well the advert is doing by checking out how many people have seen it, but ultimately my success will be determined by a phone call from an interested party, who hopefully will buy them.

However, I had problems with the app because it kept on crashing, though I’m not sure if the problem was with my device or with the app itself. While there’s the option of using their site, the thing about their app is that it allows you to do some things offline, like uploading and an advert, after which it can connect and post the advert once you have a connection.

Initially, I just gave examples of the goods being advertised on Tradezone but there’s actually a vast array of services too. Job offers, job seekers, consultancy companies, events coordinators, those looking for or offering different courses, those who need or want to be travelling companions etc. can all use the platform.

Because of this wide range of goods and services found on the same platform, the search by category utility is quite useful, plus, at least you are able to select the type of advert(s) you’d want a notification of once posted. Though for an advertiser, it then means sponsoring ads would be required since these appear first, thus increasing their chances of being seen by users. It costs US$20 to sponsor an ad for the whole month on the site… otherwise, the rest of the services are free.