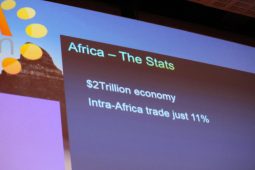 What came first the chicken or the egg? Most of us have heard this question before but what does it have to do with startups? The chicken and egg problem comes up when you’re building a multi-sided platform.

If your startup is going to include two users that depend on each other then it’s a multi-sided platform. This is a problem when for example you’re building a social network. Why would people come to your new social network if it’s a desert? So how do you get people on it if they need people to be already using it?

You can incentivise the initial group

Since your platform is new and it needs people using it for others to join, you need to find an irresistible offer that will get people to join even if there is no-one already using the platform.

Let’s take a look at Ecocash. Back in the day when Ecocash launched, they incentivised people to join by giving them a dollar into their account after they registered.  Once you have a few people on it, the cycle would have been jumpstarted and you can rely on word of mouth for new members to join. Even though this is a good way to solve the chicken and egg problem, what do you do if you don’t have an irresistible offer for the initial user group?

Get famous people onto the platform first

This is a tricky thing to do because your platform has no users on it so what’s going to convince Jah Prayzah to join it? The artist knows that if they join, people will definitely join. So it’s your job to provide a good product that will provide value to them. For example, if you’re building a new social network, your value proposition to the artist could be free advertisement for a certain time frame. This can work because the artist wants their product to reach more people at a low cost so they could jump on board your startup.

Maybe you don’t have access to famous people, is all hope lost? No. So what else can you try?

Start small and be exclusive

There’s a trend among entrepreneurs where they want to build the next Facebook in a really short time. Unless you have a large investment and have a really great product, this will not happen. Instead, why not learn from what Facebook did.

When it started, Facebook was just a social network for students at Harvard. It didn’t have the greatest design or all the features they dreamed for it to have but it worked and people were using it. Your product can have a really beautiful design, best features and sometimes even use cutting edge technology like artificial intelligence but if people are not using it, the market will not care.

Another smart thing that Facebook did is that they were exclusive. If you were in Zimbabwe between 2004 – 2005 and tried to create a Facebook account, it was not possible as you needed a university email from one of the selected universities in USA. Anytime something is exclusive or scarce, demand is bound to rise as people always want to be part of the latest thing on the market.

If you can’t wait and have the money, you can also do the following.

Another thing that happened when Ecocash was launched is that it was heavily marketed. If you put a product in people’s faces, they are going to eventually use it as all the advertisements will make them curious enough to try it out. Once people start using it, your chicken and egg problem goes away.

However, this is only possible if you’ve secured a large investment and are willing to dedicate most if not all of it to a marketing campaign. Having the money isn’t just the only thing you need to have but your product and monetization strategy has to be so good that it will recover all the money and generate profit after the marketing ends.

For those out there who like to work hard and if your business is going to be a marketplace that needs suppliers, you might need to take care of the eggs so chickens can be hatched.

Manually onboard the supply side

Any e-commerce startup will need suppliers and buyers. As we have seen, if you don’t have suppliers, buyers will not come to your platform and vice versa. So it may be up to you to take care of one side of the problem so you can focus most of your energy on the other.

Take for example Oyos, it is an online music store that solved this problem by getting a lot of artists and their music listed on their website so they can just worry about getting the buyers since the supply is there. Once the artists were onboard,  Star FM started to broadcast commercials of Oyos. now I don’t know whether it is marketing like crazy or simply that they provided an irresistible offer to Star FM but they solved their chicken and egg problem.

If you can’t get suppliers then maybe be the supplier.

Amazon solved the network effects that come with the chicken and egg problem by being the supplier. When it started, they had two options in order for them to be an online book store. Either they would go to a book shop and ask that shop to be on their online store or they would source books from book shops or publishers and sell them on their online store. Amazon decided to do the last option and they essentially made themselves the supplier and focused on marketing.

An important thing to note is that they also started small and exclusive: only to book lovers and now they are a big online store that sells more than just books.

The last option which you have is to ride on someone else’s success.

Harvest from a big network

In my opinion, this is not the best thing to do but it can work. If you manage to gain access to a large network, you can try and get users in that network to come to your new platform. An example of this is Lamudi. When the company came into Zimbabwe, they started to take house listings from classifieds.co.zw and putting them on their own site so as to ‘fake’ the supply side of their chicken and egg problem.

These are some of the strategies that you could use if you’re building a multi-sided platform. However, no matter how much effort you put into them, if your product is not good, the market will still not care. So before you start trying to solve the chicken and egg problem, make sure you have a product that is functional. I say functional because too often, startups spend a lot of time making the product so great that they ship too late. Instead start small, ship early, solve the chicken and egg problem and then make it better as time goes on.

7 thoughts on “Building a startup: Why the chicken and egg matters”