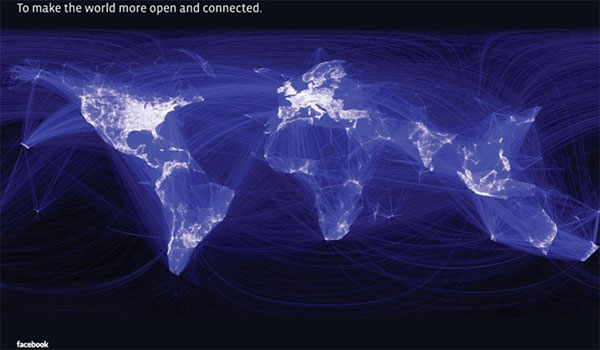 Facebook has recently reached 2 Billion monthly users. This is more than any other social network today and the one that remotely comes close to that is YouTube with 1.5 Billion. Even-though Facebook has always had a large responsibility, it is now serving almost twice the population of Africa. Amidst the events that have been happening around the world, Mark Zuckerberg has taken a look at the role that Facebook plays in the world.

The company that was founded in 2004 and as it grew, they formed a mission statement of “making the world more open and connected”. Now Mark has decided that the previous mission statement is not enough as it didn’t push for a positive outcome and now they have a responsibility to do more. So Facebook has changed their mission statement to “To give people the power to build community and bring the world closer together”.

According to CNN, Facebook is now more focused on helping at least 1 Billion people be a part of meaningful communities. Many of us are a part of Facebook groups which were launched in 2010. However, very few of the groups were in actually help impact us or the world around us. Facebook aims to solve that problem by making it easier for us to discover new communities that matter to us.

They are also working on helping group administrators better manage their groups. Facebook is now taking a closer focus on groups as they have seen that some people have started good causes through them and the feature of the social network greatly aligns with their new mission statement. The company also wants to promote free speech but not hate speech so they will continually work on providing a safe environment for everyone according to an interview by CNN.

According to the Wall Street Journal, Facebook is talking to Hollywood content creators in order to collaborate with them. The plan is to bring original TV-quality reality like shows to Facebook that people can stream and watch. This means that Facebook will be taking a piece of the streaming revenue pie. Now this isn’t just limited to big media companies, it is also open to small content creators and the company will share ad revenue with the creators. This is still an unclear plan so we hope to see where it goes and if some Zimbabwean creatives will take this opportunity.