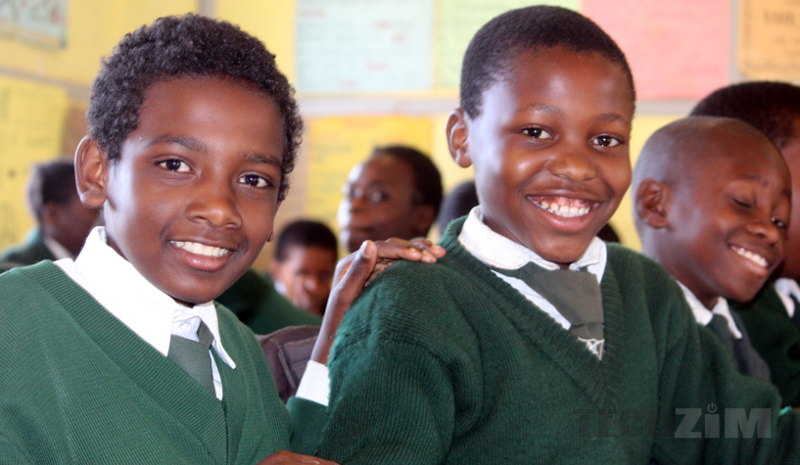 When we went to The Troutbeck School in April it didn’t take long for me to be convinced about the effectiveness of the Montessori approach. I had studied a bit on the method. The trip only confirmed my instinct about the system: that it sets the student up to be a true seeker of knowledge and an assured leader in whatever setting they will grow into. It also didn’t take me long to be convinced about The Troutbeck School itself: the care that the school’s leadership has for the children and what they want to achieve, the beautiful Eastern Highlands environment, the air of confidence that the children carried…

The whole time we were there I had a nagging concern though. Should parents send their children to boarding school for primary education? Yes, The Troutbeck School has expanded into secondary education as well and I could come to terms with boarding school for older kids (I did my high school in boarding as did a lot of middle class children in my generation). I was struggling with the idea of younger kids being away from their parents. My colleague and I raised this question. To be honest, the answer that the founders of the school gave us only made sense to me a few weeks ago.

What happened a few weeks ago?

First, I heard a close friend (quite a successful banker) say he was looking for a boarding school place for his Grade 3 daughter. My knee jerk question was WHY?? His answer was, “I realised that my wife and I are really not around enough times for our daughter, our jobs require us to travel every so often and even when we are around we are not really around. There are weeks when we leave the house before our daughter wakes up and come back way after she has slept.”

Dr Grace Mugadza (co-founder of The Troutbeck School) had actually given us a similar hypothetical situation way back in April. To hear this man who I know to love his daughter immensely say the same thing gave me an ‘aha moment.’ This was real. I had been judgmental on parents who send their children to boarding school for Grade 1 or whatever other ‘grade.’ It’s so easy to pass judgement without full consideration of the facts. I had to consider – what’s better, that this little girl goes to boarding school where the environment is stable or for her to stay home and play a guessing game with herself whether her parents were going to come back home in time or not?

After giving the child some bit of time to settle into The Troutbeck School, Dr Mugadza said parents could come to the school any weekend and take their child. Most parents actually spend time with their child at the Troutbeck Resort or at some of the holiday cottages that are all a stone throw away from the school. This gives them much more meaningful time with their child away from the hustle and bustle of the city, away from ’emergencies at the office.’ The truth is, when the child is at home one may spend no time at all with them and not even realise it. There is a deception that comes from being under the same roof with them. When the child is in Nyanga – you go to Nyanga for the weekend and actually spend time with them!

The second thing that happened a few weeks ago is a conversation I had with a colleague. They were concerned about the amount of time their child spent with the maid. The issue was not really about the child spending time with the maid but it was that the maid did not understand some of the expectations that he had. The simple example was that my colleague kept telling the maid not to lie to the child no matter how innocent the lie is. I am sure most of you know the kind of lies that we grew up on: ukaramba uchichema mapurisa anouya achikutora (if you keep crying the police are going to come get you).

To the maid this kind of a lie is an effective disciplinary method and I guess to a lot of other people, but this is not harmless. No, it is not! Children pick up subliminal messages when we do such things. If the child keeps crying and no police come, the child has just learnt that these are empty promises and even worse the child has learnt that adults are liars and that it is OK to lie sometimes. The list of such negative lessons that the child could learn from just this seemingly harmless lie goes on and on.

My conversation with my colleague led me to ask- with these demanding careers that we have, who is really raising our children? I do not have children of my own yet but I do have nephews and nieces and I have observed this problem even concerning them. Sometimes the kids are not even raised by sisi (the maid) – in this instance at least they have a human interaction with someone. Sometimes they are being raised by electronic gadgets. A child is dumped in front of the television set so as not to disturb dad whilst he works in the study or they are given a tablet to ‘amuse themselves’ for hours on end so they don’t get in the way of the chores. I don’t have to explain the effects of this, deep down we all know them no matter how many excuses (justified or not) we make.

If you are at this stage in your career, what should you do? Are you a bad person? I don’t think so. I think the choice of course of action solely rests on you (and your spouse). If, like my friend, you want boarding school, I recommend The Troutbeck School. Be wary of some of our esteemed private schools that are built around an elitist colonial set up that does not exist anymore. A lot of times parents don’t ask enough questions or at least good quality ones before they enroll their children in these schools. A lot of children are in school A or school B because the parent is fulfilling some silly ego thing and is on a mission to prove to their neighbors that they have made it.

Let’s dig beneath the surface when considering our children’s education. Their generation is going to be much more complex than we can imagine. Let’s focus on them and not on the Joneses when we make enrollment decisions. I do not even ask you to take my word for it regarding The Troutbeck School. Go up to Nyanga and check it out for yourself. Go and interact with the children there. In fact, The Troutbeck School does not enroll any student if their parent have not invested time to go there in person and see the school for themselves. If you want to make the trip, fill in your details here and they will contact you.

I of course expect a lively debate on this issue. I know children, education and parenting are extremely sensitive subjects. Let’s engage…

One thought on “Hey career parent, who is raising your child?”