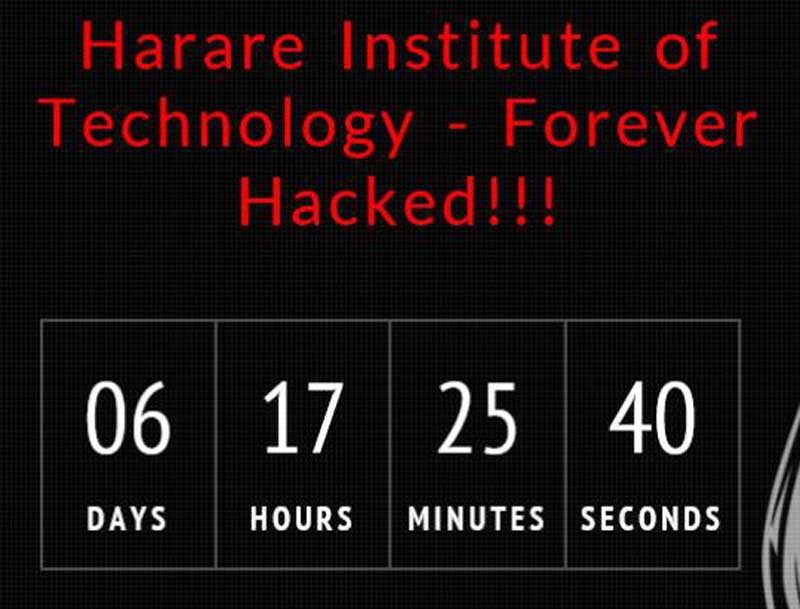 Today, on whatsapp a screenshot with the Harare Institute of Technology website being shown as hacked started circulating. We tried to open the website to see the same thing as was in the picture but it failed to load. Chances are that the website has been taken down by HIT if they’ve found out what has happened hence it’s no longer opening.

Since the website couldn’t open, we cannot say that they have been hacked as a fact because the website being down could be caused by something else and just be a coincidence. However, we also recently received the following email from the attacker.

This is not a rape,

we are not molesting you,

we are not killing anyone,

we are not setting off bombs.

This is a ransom – and this is a targetted attack.

We have shredded and deleted all your backups eliminating

all chances of recovery.

All of your sensitive files, databases and emails have been copied to

and the originals deleted.

We encrypted 1.3TB of University data using salted AES-256 CBC, including emails dating back to 2013, all financial records, student aid records, the entire website and 56GB worth of MySQL databases. Daily incremental backups to a bastion server were misconfigured and have not for ages(wrong IP) hence all copies of backups which were on the same machine were destroyed.

AES is a symettric encryption, meaning you will get all of your data back

if you use the same key used to encrypt the files.

We require that you pay USD$999 for the decryption key and instructions on how to recover all your data.

Send an email to onmylastlife@protonmail.com before the 27th of June 2017 or we will

delete the encryption key and terminate the email account. We will also disclose instructions on how

payment should be sent via Bitcoin.

the ransom by the 27th of June – all of your files will be lost and we will dump the decrypted 56GB gzipped database online.

Remember!, this is simply a ransom, not rape or murder.

To decrypt the email backup run: