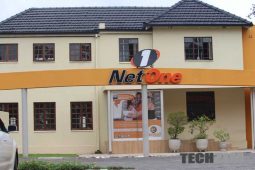 Today, NetOne announced its annual financial results which revealed that they made a $2.7 million loss in 2016. This was an increase from the $2.6 million loss of the previous year.

The losses are due to interest from legacy debts that they acquired when they got loans from China Eximbank. NetOne has also been fined by Zimbabwe Revenue Authority (ZIMRA) and the State Procurement Board (PSB) which contributes to the loss. In a given month, the company is spending more than $400 000 on diesel for power station, these high operating costs also made the company take a loss.

Besides the loss, NetOne also reported some good news. The company made around $114 million last year which is an increase from $113 million of the previous year and it is also the highest revenue in 5 years. The rapid growth can be attributed to their new Internet bundle OneFusion which gives users access to social media, SMS, Internet and Voice.

The bundle has managed to draw users from other networks as it offers good value for money being spent. Econet and Telecel reported to have lost 300 000 and 100 000 subscribers respectively. The subscribers that these two mobile operators didn’t all go to NetOne but you can bet that OneFusion had a part to play in that migration.

Overall the telecommunications industry had a 21% revenue decline from $1.4 billion in 2015 to $1.1 billion in 2016. The decline in revenue is due to platforms like WhatsApp and Twitter which are now making most of the revenue contribution but not really increasing the revenue. NetOne is also reported to be the only company that made revenue growth last year.

The mobile operator plans to keep growing its subscribers and product offerings through a $218 million investment for network expansion. NetOne may also be working on bringing services like mobile financial services.

7 thoughts on “NetOne in $2.7 million loss despite its recent rapid growth”