The unofficial 15% EcoCash fee for cash 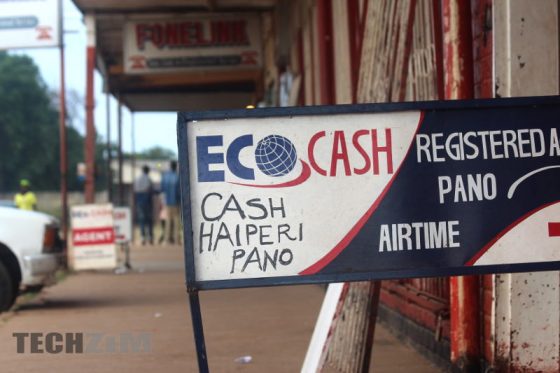 This past weekend, I needed to buy some DIY type tools for a project we’re working on at home. Some of the things are available in Harare’s downtown area and the other stuff at the Magaba Siyaso home industries market in Mbare.

My assumption, leaving home, was that I could pay for the things using either a bank card or my EcoCash mobile money. I was wrong.

In downtown Harare, several shops don’t take EcoCash and they won’t take bank cards either. They only accept cash. Some would see this trading reality in a regretful way (that they couldn’t have my business as result). Some would look at me curiously with the “You don’t know this, where have you been?” face. And some were just straight up annoyed; “why waste my precious time discussing the product if all along you knew you wanted to pay with EcoCash?”

I couldn’t buy anything in downtown Harare.

Moving on to Mbare to try my luck there, I found it was the same story. Except this time one guy offered either to take EcoCash if I’d pay an additional 15% of the price of the product. I objected ofcourse, to which he offered an alternative; “No problem boss, all these EcoCash agents around Siyaso will cash out any amount you want. You can come buy with the cash!”

I went to the EcoCash agents. They had the cash. They also had a condition for a cash-out; 15% of the cash-out amount, over and above whatever EcoCash charges officially for the transaction.

The trader was charging the 15% fee for the product because that’s what the EcoCash agents would charge him for cash. Without the fee, he’d be selling at a loss. He was ready to let my business go.

The trader, later told me, he needed the cash because their suppliers also demand cash.

So, effectively, to withdraw money from your EcoCash, at least in Harare’s downtown, Highfields and Mbare, you should prepare to pay 15% as unofficial transaction fees. I only know of my experiences from those 3 places where the people I dealt with said it matter-of-factly. It could be different in other areas, but my guess is it isn’t. Mbare and Highfields are home to a lot of informal business in Harare and whatever is going on there has likely trickled to other places as well.

Losing 15% is bad enough. What’s worse however is how this 15% is being communicated. It’s as if the fee is part of the official EcoCash transaction fees.

A few weeks earlier, in what I thought then was an isolated thing, a guy selling me some hardware in Highfields had said; “Boss, it costs 15% to withdraw money from EcoCash, this money you want to transfer is not enough!”.

“Ofcourse it does. What are you talking about? Go to any EcoCash agent!”. He looked surprised.

“No. No need to visit an agent. I’ll show you here,” I said pulling out my phone and opening the EcoCash website so I could put the matter to rest quickly. “There, see…” I pointed.

He read. Then he looked at me, asking, but without saying a word, how I could be serious with this nonsense. Then he looked at his colleagues. And not caring that I could hear him dismiss my logic and the business I had brought, said to them, “Boss vakatsva ava. Regai vaende kwavanotongeserwa nema fees avo epamawebsite.” The Shona loosely translated says “this guy is hopelessly ignorant, let him go buy elsewhere.”

The Reserve Bank of Zimbabwe may insist publicly that money must work or is working a certain way; EcoCash itself may insist that any ‘unscrupulous’ agent charging for cash-outs be reported; but on the ground, the market is working the way it wants. Whether they like it or not, whether us consumers are happy with it or not, the market says there’s a cost to getting cash, and it is 15%.

Unfortunately for Zimbabweans, there are still a lot of places in the country where traders and retailers won’t take cards or mobile money. Unless ofcourse you pay the unofficial cost of cash.