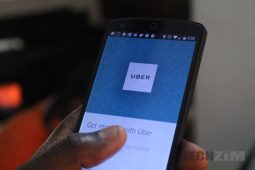 The CEO of Uber, one of the world’s most disruptive internet companies, has resigned. He has finally let go the leadership of a company he co-founded in 2009, which is now valued at US $70 billion, more than any other privately held tech startup in the world.

The resignation of Travis Kalanick, according to a report on New York Times, follows demands this week by major investors in the company that he step down.

Over the past several months Uber has been dogged by a string of sexual harassment scandals, some leadership blunders, and just PR disasters which have mostly all been attributed to what’s being referred to as Uber’s “bro workplace culture”.

Kalanick, who is estimated to be worth $6.3 billion, however remains on the board of directors.

The former CEO said in a statement to New York Times:

I love Uber more than anything in the world and at this difficult moment in my personal life I have accepted the investors request to step aside so that Uber can go back to building rather than be distracted with another fight,

While Uber had many PR issues traditionally, events starting in February accelerated the chaos. Here’s a summary of those events up to this month.