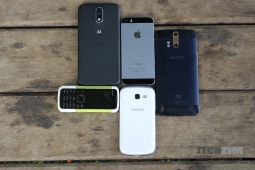 I initially wanted to write an article titled ‘Why smart watches failed’ but then as the team and I discussed, it turned out that they may have not necessarily failed but that maybe there’s something more at play when it comes to adoption of technologies in Zimbabwe. The discussion then ended with the question ‘why does every other Zimbabwean have a smartphone?’.

Back in the day when Econet launched the 3G network, I’ve been told that some people were really not happy as they wondered why the telecommunications company was bringing this. A lead journalist at that time even said that 3G was a waste of “time on expensive elitist technology that is of little practical value to the majority”.

I can understand why they’d say that: Zimbabwe has been in a socio-economic crisis for a long time hence people couldn’t even afford a smartphone which they needed to use the 3G network and it didn’t seem like this would change soon at that time perhaps. However, 3G did succeed. Zimbabweans started buying smartphones at a rate that possibly even the optimists could have hoped for when 3G was launched.

So why did people start to buy smartphones?

I grew up with in the post 3G launch years (yes I am quite young) and therefore I am quite out of my depth to attempt an answer to the question why smart phones were adopted at the rate they were adopted. I posed this question to the Techzim team.

The resounding answer to the question: It’s because of WhatsApp. When a person went to a shop to buy a smartphone, the frequently asked question was ‘can this device do WhatsApp?’ No one really cared to know if this phone or the other was a ‘smart phone.’ All they knew they wanted was phone inoita WhatsApp (a WhatsApp capable device).

Why was WhatsApp so important?

The application solved a need that most people had. They wanted to communicate and be a part of a social community. Now someone could argue that we could already communicate through SMSes. However, with Whatsapp, you could send more messages than you could on SMS when you bought a dollar of airtime. The application allowed the sharing of images and videos in a simple way and at a reasonable cost compared to MMS which never really took off in Zimbabwe.

We don’t know who the early adopters of WhatsApp in Zim were but all that was needed was the first few thousand people and network effects kicked in. Once one used the app and enjoyed the experience they would promote it to their friends, neighbors and all so they could communicate with more people conveniently on the platform. End result: around 6 million resident Zimbabweans on WhatsApp and an equally impressive number of Zimbabweans in the diaspora using the application too.

It can’t all be because of WhatsApp, right?

Of course, people just didn’t buy smartphones because they wanted to be on WhatsApp. Smartphones also started to become more affordable as different manufacturers started to make them and sell them at a cheaper price like Huawei and other Chinese companies. This made it possible for more people to own a smartphone regardless of whether it was ‘original’ or not.

I don’t know how all this could answer the question, what makes a tech product or development succeed in the Zimbabwean market? My initial question remains unanswered as well: why did smart watches not take off in Zimbabwe?

12 thoughts on “Why does every other Zimbabwean have a smartphone?”