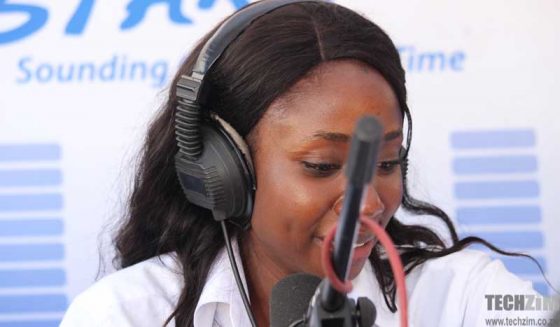 Late last year, Facebook launched their audio streaming service on their mobile application. The service is similar to the Facebook live video we’re all used to but just without the video part. Earlier this year, the service was rolled out to a select few as it was in the testing phase. Recently, Facebook has added the feature to their mobile application and it is now available globally if you’re on the latest version.

I’ve done some Facebook live videos before but I wouldn’t be able to do them frequently if i’m relying on mobile data. This is due to the fact that streaming high quality videos uses a lot of data and i’m sure that right now not many people would want to use their data just to hear me talk. With how expensive data also is, it’s only left to the few who are able to afford enough data for everything else and still be left with some for video streaming.

If you’ve ever wanted to start a radio station, chances are it was not that easy. This is because starting such a service isn’t accessible to everyone. However, with this new Facebook audio live, broadcasting audio just like a radio station can be done with almost anyone. Here are the ways that the audio streaming service from Facebook has made that possible.

Now with this audio streaming services, the costs of starting any audio streaming show are dramatically cut down. Instead of having to buy expensive equipment like you would have to do when starting a radio stations, all you need is just a smartphone. Chances are that you already have a smartphone so you might not even have to incur any startup costs.

Apart from equipment cost saving, you also save yourself a lot of time. Starting a radio station isn’t as easy as just waking up and doing it. You also have to get the appropriate licencing before broadcasting. Facebook audio live eliminates that hurdles, you can literally wake up and start a podcast show without anyone stopping you.

You also don’t have to pay any property rental fees like you would if you were running a typical radio station. This means that your costs will probably just end up being for the data that you will need to live stream. If you were to use the same monthly rental fee for data purchasing, it would last you way more than a month even when streaming 24/7.

The distribution channel already has users

Whenever you start something that needs an audience, you might be faced with some problems. Your offering needs to be very compelling to get people to tune in to your radio station or service. So this typically means that you’d have to do some aggressive marketing to get people aware that your service is valuable enough.

If you so choose to start an audio show on Facebook, you don’t have to worry about that very much. Since Facebook is your distribution channel, it is easier to get more people aware of what you’re doing at a lower cost given how Facebook now has over 2 billion users.

Sometimes you might not even spend any more if your content is that good, people will just share it to their friends in one click. Yes you could get the same word of mouth if you started a traditional radio station. However, often the user has to remember what frequency it was one and what the name of station was. On this platform, the user doesn’t have to think about anything major, they just click a button and share.

This is by far the best advantage of Facebook audio live in terms of listener retention. The best way you can keep people using your service is by interacting with them. Facebook audio live has the same feature as the video streaming version which allows viewers to react to your stream and also leave comments.

Without having to setup an additional platform for engagement like a WhatsApp number where listeners can send messages and you interact with them, you get this facility on the platform that you’re distributing on. This means that you can interact with listeners’ live comments at no extra fee or hustle.

There’s no limited broadcasting radius when using Facebook audio live. This means that anywhere that an Internet connection can be established, you can reach that person since Facebook is available almost anywhere in the world. And the great thing is that the Internet connection doesn’t have to be the best for them to be able to listen.

Another cost saving feature about starting a radio like service on Facebook audio live is that you don’t have to spend money on setting up a platform in order for you to reach people outside the country you’re broadcasting from.

Almost. The disadvantage of using an Internet platform for broadcasting a service like radio is that your target audience has to be connected to the Internet. This means that you might miss out on reaching some people who don’t have Internet access at all. However, given how more and more people are getting connected, and the fact that most people already buy Facebook bundles in order to access the social network, this might not be a problem for long.

Other than that, it is just like radio in almost every way. I did a test Facebook audio live before writing about it and what amazed me is that the application was able to pick up the music that I was listening to from my headphone. It didn’t use the microphone because the quality was coming out far better than the sound of the environment or me that was being recorded.

So you can actually stream music just like on a radio show. What I’m still not clear on is if there will be any copyright issues assuming that the app is capable of knowing whose song I’m playing. Apart from that, if you look at what we’ve talked about earlier, Facebook audio live provides the same features that radio does and at an overall cheaper cost.