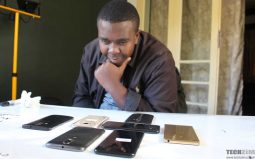 Hi there, before we go any further, I would really appreciate it if you would drop a comment down below telling me what you think about this topic. This is more of an article which aims to start a discussion so feel free to voice your opinion, even-though you can always do it on any article, it would be great if you did it on this article.

Right, now onto the story that brought this question up. So a couple of days ago, some leaks of the upcoming flagship device from Nokia started surfacing on the Internet. Now flagship phones usually are expected to have the high end specs and according to the leaks, the device in question which is the Nokia 8 had those specs.

According to various bench-marking apps, the 5.3-inch Nokia 8 is indeed well-spec’ed, sporting a Snapdragon 835 chipset, QHD resolution, either 4GB or 6GB of RAM, and a pair of main cameras offering 13-megapixel resolutions and Carl Zeiss optics.

Those were the specs that were leaked of the upcoming Nokia 8. In one of the groups on WhatsApp that discusses tech stuff, someone commented on the leak saying “That’s rather ordinary for top level phones considering well that Nokia is still on a comeback trail”. A colleague of mine then told me about the comment and I responded saying that you can’t really blame the person for saying that because they indeed are ordinary specs for high end phones.

What did I mean, take for example if the next Samsung Galaxy Note 8 comes without a Snapdragon 835 chipset. The fact that it’s missing that would probably disappoint many because it’s a specification that people now expect for 2017 flagship phones as it is the most advanced mobile chipset from Snapdragon that is available on the market.

On the flip side, if the Samsung Galaxy Note 8 does come with such a chipset then it is just another ordinary flagship phone. Why? This is because that almost all flagship phones that will come out this year and be using a chipset from Snapdragon will feature the 835 chipset so there’s nothing really extra ordinary for it having the most high end specs when comparing among other high end spec’ed phones.

So does it mean because the phone manufacturer was only able to achieve the extraordinary of becoming high end and yet be ordinary among high end devices that they have failed? No. As we were discussing this, the issue of that it’s a Nokia phone came up. People thought that it was just an attack against Nokia since the brand is trying to start being relevant again in the smartphone industry.

It might have been as I don’t know what the person who wrote the comment was thinking. However, I am not going to clap for good old Nokia for just producing a phone that has the high end specs just like any other high end phone on the market. This is exactly one of the reasons why most people have a hard time deciding which phone to get especially if they want the one with the latest specs. They’re are the same and just ordinary.

The only way that a smartphone manufacturer can break out of the ordinary space among high end devices is by doing something extra using even those high end specs. Take a look at the Samsung Galaxy S8, it breaks out of that field by having a really immersive screen that covers most of the phone’s body even if it peaks at QHD+ which is the best out there in terms of AMOLED displays. Some become extra ordinary by implementing new ways of taking photos with the camera’s on the smartphone e.g the Sony XZ premium which has slow-motion recording at 960 frames per second which is 4x slower than on all other smartphone cameras.

In terms of internal specs that deal with chipset, RAM and internal memory, they’re are all pretty much ordinary so if a leak comes having what is expected then it is leading to be ordinary. No-one should start saying that Nokia hasn’t done anything because those were just leaks and not the full feature set of the device but as it stands, I tend to agree with what the person who commented said.

What do you think? Are the specs just ordinary for high end devices? Does this increase the pressure for Nokia to really put something extra in their next flagship device? What do you consider to be ordinary specs and what’s extra ordinary? Is the fact that they could make a device with those specs make them extra ordinary? If someone wakes up tomorrow and buys those parts and builds a phone with them, does it make it a flagship, if so will it be extra ordinary?

I would really love to know what you think. So let’s discuss in the comments section.

17 thoughts on “Most of them are just ordinary flagship phones – how do you decide which one to choose?”