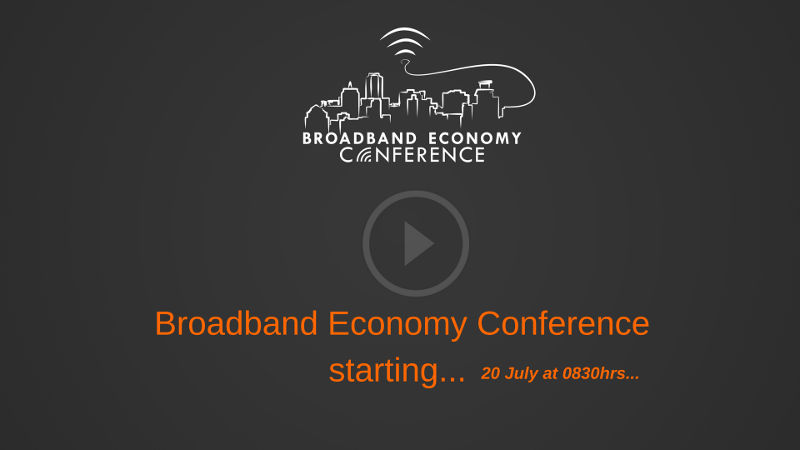 We look forward to welcoming some of you to the Broadband Economy Conference tomorrow Thursday the 20th of July 2017. Most of you will have to join us via live streaming right here techzim.co.zw/BEC or on our Facebook page. You can join in the discussions by sending questions and comments on the various discussions via Facebook, Twitter, comments to Techzim articles that will be published during the conference, heck you can create a WhatsApp group to discuss the proceedings if you so wish!

Let me just give you a summary of what the proceedings will be:

Yours truly will open up the conference by just laying out what it’s all about. If you have been reading the articles I have been writing on what a #BroadbandEconomy looks like you already know what I am going to speak about. I wonder why they put me in the programme…

What a Broadband Driven Economy in Today’s Africa looks like

Martin Mutiiria is coming all the way from Africa just to share with us what the internet and associated technologies are already doing to alter the landscape for business on the African continent. Martin is Sales Director of the West Indian Ocean Cable Company (WIOCC). Think of WIOCC as the provider of internet service to Internet Service Providers (ISP’s). His talk will join the pieces and show what is already happening in countries like our. We want to bust the myth that technology is futuristic and make a case for local businesses to engage with it at the strategic level here and now.

This session will have the CEO of Liquid Telecom- Wellington Makamure, COO of Econet Wireless- Fayaz King, CCO of TelOne- Joseph Machiva, COO of NetOne-Clever Isaya, Technical Director of Telecel Zimbabwe- Winifred Musangeya and Martin Mutiiria having a conversation on stage. They will be mostly responding to questions asked by Business regarding their broadband services. This is probably the first of it’s kind in Zimbabwe and we think that there will be a lot of ‘Yes, but…’

This on stage discussion brings back Fayaz King, Winifred Musangeya, Joseph Machiva now joined by Vusi Ndebele the CEO of Webdev/PayNow. We have heard the different telcos give their sides of the data pricing argument separately now they will talk it out. The key questions will be on whether or not lower data costs are viable as well as how the telcos can let other businesses pay for people’s use of their data services. Why not have bundles for everything right? Heck, why not a Techzim bundle?

As I said in an earlier article, the #BroadbandEconomy is turning into a sharing economy where companies like Uber are challenging the de facto dream we had growing up that we want to own the world and they are saying why don’t you just share the world. Lance Mambondiani- CEO of Steward Bank, Rob Kuipers- CEO of Unifreight and Kevin Terry the Head of Special Projects at Old Mutual will take a look at this change in distribution and consumption brought about by the internet and look at what it means for business.

The future of money: cryptos and opportunities for local business

Taurai Chinyamakobvu is an investor and business consultant of note. He operates in Africa and in Asia, particularly Japan where Bitcoin has been officially recognised. He is a Bitcoin investor himself and he will talk about this. What really should be the stance of local businesses as regards Bitcoin and other cryptocurrencies especially considering that global companies like Microsoft are accepting Bitcoin. I will be interested to hear what Taurai has to say about the recent plumet of Bitcoin.

The future of money: cryptos, mobile money, e-transactions and e-commerce

Soon after his presentation, Taurai Chinyamakobvu will be joined on stage by Paul Soko- CFO of Get Bucks, David Chifamba- COO of Hammer and Tongues Online Shop and Natalie Jabangwe-Morris. They will be discussing the Zimbabwean landscape as regards electronic transactions and the infrastructure of such. How do we grow the e-commerce sector, what are the risks of competition from outside the countries and what are the opportunities for local retailers et al to compete in other markets?

Technology in a Zimbabwean Boardroom

Mustafa Sachak- CEO of Masawara Insurance Group, Kangai Maukazuva- COO of Alpha Media Holdings and Mkhululi Ndlovu- Technology and Business Consultant for the financial sector at Westchase will look at how technology is placed on the priority list of local businesses. They will tackle the question of why top leaders seem to be intimidated by technology and what could be the best solution to ensure that technology is considered a key strategic issue just like finance.

Wrapping up and loose hair

The formal business will conclude with Vusi Ndebele leading an audience wide interactive session that will summarise the event and try to map out the next steps. After that the delegates will go straight into a Steward Bank hosted Networking Cocktail just to relieve the tension of the long day. We will definitely not stream this part of the event, no one wants to be in the headlines on Friday.

During the breaks the delegates will be going through the exhibition that will be happening parallel to the event. Look out for the interviews that the Techzim will be holding with some of the speakers and delegates throughout the day and listen in on ZiFm Stereo and Capitalk Fm to keep abreast of the event throughout the day. Follow the #BroadbandEconomy. I am giving away two ticket to two individuals that will get the most retweets to their share of this article on Twitter (don’t forget the # tag).