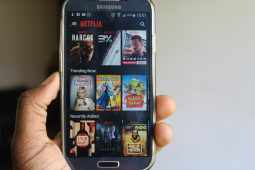 Netflix recently reported an unexpected rise in its number of subscribers over the last quarter. The 5.2 million new subscribers was almost double their expected 3.2 million for that quarter.

This does say a lot about the people’s preference and shift to on demand viewing rather than the traditional ways of watching at specified broadcast time. It seems as though people prefer to be in control of what they watch and when they watch it hence the shift from standard national television broadcasts; to Video Cassettes (and discs); to satellite dish; and now online streaming.

This issue of control will always make the demand of on demand viewing soar higher than that of other viewing options. Acknowledging this trend has helped keep Multichoice on their toes and as such has introduced the likes of DStv explorer, DStv on demand, DStv now etc. which is good but I don’t know how much longer those initiatives can keep them afloat considering this recent report which is signifying a sharp rise in the adoption of on demand viewing.

Netflix also reported on how most of these new subscribers were actually from outside the USA hence totalling their international subscribers to more than 52 million. And this of course is good, though it might mean they need to create more diverse and relatable content for its new markets.

Nonetheless, in Zimbabwe Netflix hasn’t become much of a big deal yet probably because of the relatively lower internet penetration and (or due) to the high internet costs. As such, people have preferred to remain in the satellite dish era or have stuck to watching national TV broadcasts (not sure if that’s by choice though). However, I hope that changes soon with the introduction of Kwese TV which is likely to make it big in Africa since their content is localised.

But then again, in Zim we tend to prefer using torrent sites for one reason or the other and in my opinion it’s mostly because of trying to avoid the cost attached to streaming on platforms like Netflix.

3 thoughts on “Netflix broadens it’s horizon and increases in subscriptions beyond expectation.”