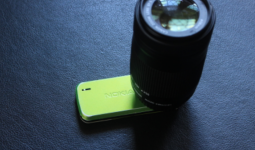 The Nokia story sounds like one of the “the greats have fallen” type of stories. Question is, will HMD Global be able to turn the story into a “we rise again”???

Nokia was probably the boss of Symbian phones but once the iOS and android OS ‘got into the picture’, Nokia struggled to keep up. Even its efforts to partner with Microsoft also proved fruitless as far as getting back to the top is concerned. It slowly started fading from our lips and that’s probably why it decided to bring back the Nokia 3310 into to the market to nudge our nostalgia and “remember the great”. And yes we did get to talk about it again, but of course that wasn’t enough to bring it back to the top so there must have been more to that.

Also, some time at the beginning of this year, Nokia took another leap of faith. It decided to go with android and released three Nokia phones namely Nokia 3, 5 and 6.  These Nokia phones have a pure android OS which is Nougat, Android’s 7th major OS. Pure android basically means that there are no bundled third-party apps, no UI customizations, but regular security updates.

HMD Global (the company that licensed the rights to produce Nokia phones) announced their long term partnership with Zeiss this week. We have a good memory of Zeiss optics because in its prior partnerships with Nokia, we had great camera phone experiences. The partnerships produced the Nokia N97, N8, Lumia 900 etc.

It’s notable that Nokia is still fighting. Hopefully, with all the changes and partnerships that HMD Global is making, Nokia will make a good come back. We’d really love to see it take on Samsung and iPhone. The more the competitors, the merrier (for us users at least).

New, impressive and hopefully cheaper technology is what we need and I know no better way of squeezing it out than stiff competition.

One thought on “Nokia reunites with Zeiss: will these changes help it get back to the top again?”