It’s not what you know, it’s who you know? Actually the internet doesn’t care 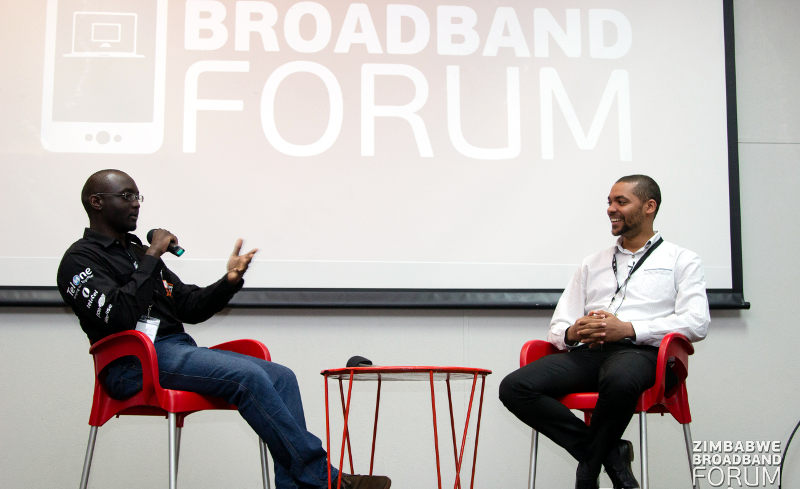 We have heard it over and over that it’s not about what you know. Success comes through who you know. I think this used to be true just as much as it used to be true that the journey of a thousand miles begins with the first step. Now the truth is that the journey of thousand miles begins with the turning of an ignition key (of a plane usually). Technology is moving much faster than we are changing idioms and cute sayings.

This speed is much more rapid in the #BroadbandEconomy. Change is happening at the speed of light in a fibre optic cable. That is why business leaders in this country are convening at Sango Conference Centre, Cresta Lodge this coming Thursday. It is time to regroup and look at how the business community is faring against external competition which is a bigger threat now than it ever was because of the internet. Also how the businesses are faring against themselves respectively. Any business that is still doing exactly what it was doing five years ago may just be in trouble.

Anyway, we also realise that startups are quite integral to the whole economic ecosystem. Bigger businesses may not see it right now but they need startups at this juncture in our technological evolution. Startups have the right culture for innovation and for pace that can match the speed of broadband itself. Please note I am referring to startups not upstarts, small businesses, so called SME’s or such. Not every business that was started recently is a startup but that’s a conversation for another day.

So yes, startups. I was irked to meet a young man who to me has so much potential to be the next (by next I mean current) trail blazer with his startup. Although he is in the technology space, he does not belong to the #BroadbandEconomy. He belongs to the old economy, I call it the Access Economy (not that one). It is this economy that gave us the idiom, “it’s not about what you know, it’s who you know.” Contrary to what they tell you, this is not infinite wisdom!

It is not just startups that are trapped in this ancient economy in Zimbabwe. I had the privilege of being with a whole bunch of businessmen and politicians at the same time. I was appalled. The whole time was wasted, businessmen (varume vakuru) begging the politicians for favours. They were dancing, singing and ululating in a bid to woo politicians to do this or that favour for them. Ridiculous. In the #BroadbandEconomy you don’t need to lick no man’s boots nor woman’s for that matter.

I had gone to spend time with these people so we could share about technology and the opportunities of the #BroadbandEconomy but after the traditional jive with and for the politicians there was just no time anymore to discuss technology. Really?

You see in the old economy you needed a lot of permissions. You would need to talk in a certain way, eat in a certain way for you to get ‘the royal charter’ to allow you to establish your business and all the rest. Now, in the #BroadbandEconomy Mark Zuckerberg anongopfeka t-shirt yake iyoyo (wears that same exact t-shirt) and he still has audience with whoever he wants.

No one has keys to anything anymore. The internet has brought a truer version of democracy than any declaration of rights ever brought. Let’s look at a local example. Do you remember when ZESA, ZINARA and some banks were refusing to integrate with EcoCash. Now all these institutions are happily married to EcoCash, why? EcoCash just worked and just works. You may not like the business or its parent as much as you wish but you can’t ignore them, that’s the power of the #BroadbandEconomy.In this economy, your success lies in doing what you do and doing it well.

What’s a startup to do? Stop wasting energy and time courting the big dogs to give you access into their club. Trust me hamuna chinhu mu club mavo (there’s nothing really in their club). Rather focus your strength solving the problems that you see these boys having. They will talk to you in your pajamas if you have a solution to their biggest problem. Some of them are actually waking up to the fact that startups hold the key. Also, solve the problems they cannot see or they are failing to solve because of their inertia. You can disrupt them and you don’t need their permission to do it. You could also solve the problem they are solving better than they are solving it and they will buy you… at your terms!

What is a big business to do? Stop wasting time on the golf course with politicians and other corporates that you are in some kind of incestuous relationship with. Look at technological developments around you and anticipate your own disruption. Initiate that disruption at your own terms and transform your business. Do not rub your ego by handing out promissory morsels to startups. Engage them and collaborate with them otherwise vachaita shungu and they will disrupt you into oblivion. If not them then something else that does not live on the golf course will choke you out of existence.

This is a final call to Zimbabwean business leaders to attend the Broadband Economy Conference on Thursday. Do not pretend to be busy because you have too much ego to admit that you don’t even see the change that’s already here, let alone the change that’s coming as the internet trudges on. This again is a call to startups to come through to the Broadband Economy Conference. Not so you can engage the corporate leaders in the hope for open doors tomorrow. No. Come through to be in the same room with them to understand the problems they have, go back and solve those problems and the door will be open for you. If it’s not, disrupt them.

See you all at the #BroadbandEconomy Conference.