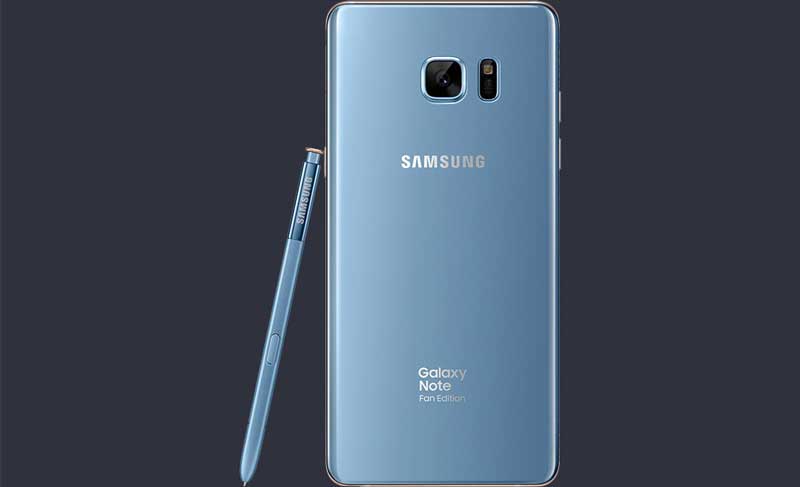 This resulted in the Samsung shares tumbling for a while because people no longer trusted the big brand after the company had sold them devices which were not properly tested and unsafe. The faulty Note 7 devices were recalled and the company managed to handle the public relations nightmare well.

Many people thought that after all this, the Galaxy Note line would be over. However, Samsung decided to continue on with the device lineage and earlier this year, they announced that they would also be bringing a refurbished Samsung Galaxy Note 7 for their loyal fans which is safer and equally powerful as the original that some had looked forward to.

Some of the Samsung Galaxy Note 7 Fan Edition features are as follows:

The major differences between this new version and the original one are the addition of Bixby –  Samsung’s artificial intelligence virtual assistant, a smaller brand new battery 3200 mAh versus the 3500 mAh of the original one and a camera similar to their latest flagship the Galaxy S8. Other than that and some enhanced safety design, there is nothing much that is new. Samsung could have just created a whole new device but we should commend the company for being environmentally friendly by using the recalled units and minimizing waste.

With the Samsung Galaxy Note 8 release fast approaching, you might just want to wait and spending some more to get a better device. However, if you’re someone who just wants a device that is capable and get a piece of history then it’s a good device to get. Well that is if you’re a Samsung fan because there some better phones for less than what they’re asking for, considering that these are refurbished phones.