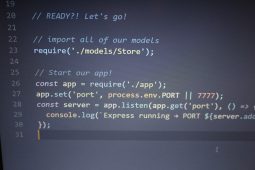 Last month we talked about the programming communities in Zimbabwe. After doing that article, it left me wondering which programming languages are used the most by developers in Zimbabwe. So I created a google form survey and then shared it on different tech related groups, Facebook, Twitter etc.

As the survey went on, the engagement of the participants was really great as they helped us make the survey better suited for them. For example before you could only select one language as your top language but then we realized that sometimes people use more than one language when building something.

Therefore we added the option to select more than one programming language and then we compiled the results to see which languages were selected the most. In total, 211 people participated in the survey.

As you can see in the chart below, the top 3 programming languages according to this survey are 1. PHP with 85 people choosing it. It is followed by Java with 78 and then JavaScript sits comfortably at number 3 with 75.

If you can’t see the interactive chart, here is an image of the top programming languages in Zimbabwe.

When the survey was running, I could would often go back to the form and view the results. For me, I was sure PHP would be top because locally, web development is pretty solid and most developers use PHP for both the server side programming and the front-end for dynamic sites powered by WordPress. The language is also well established in that industry so it made sense.

However, personally, I was cheering for JavaScript to come top as it has proven itself as a powerful language in the past few years that saw it’s uptake increasing and people creating different framework for the language. It didn’t really disappoint coming in at number 3. The thing that’s more interesting is how close Java was at being chosen less compared to JavaScript.

Java and JavaScript are totally unrelated and I wouldn’t dare to say to an all time Java programmer that the new kid on the block is now better. Java has many applications that range from web stuff, Android applications and system development. It is much more versatile and harder to master than JavaScript because JavaScript is a whole lot more beginner friendly and forgiving.

As I mentioned early, with the rise of popularity of JavaScript, it has gone from being a scripting language for client side development to a language that can run on servers, build mobile and web applications etc. This isn’t about which programming language is best as that differs with what you are trying to achieve but I thought some bit of information about each language would help reveal why it might have been voted by so many.

The followup question in the survey was what the developer was using the language for. This was in an effort to figure out if they are using it for work related purposes hence they really have little choice to use another one or if they were doing most of the development in that language working on hobby projects because they like it.

If you can’t see the interactive chart, here is an image of where the top programming languages in Zimbabwe  are used at.

The chart shows that the participants use the programming language for full-time work in a company, freelance work and also hobby projects. It good to see that the number of people who use it for all 3 of those are equal to those that use the language for just hobby projects as it shows that some people do develop with new interesting languages outside of their work.

Now some languages didn’t get so many votes for example Swift and Objective-C maybe because they are mostly used in developing iOS mobile applications and you can only do that on a macbook so the entry barrier is a bit high. Well for me it is.

Other programming languages like Python and C# decent votes as they are used in areas like web development, game development, machine learning, data science and other areas relative to the language. Locally, Python has started to become more popular as a beginner language as coding communities like ZimboPy and PyCon are actively engaging people interested in code through that language.

Now this survey doesn’t speak for everyone in Zimbabwe but we did our best to get more people engaging so don’t think that if a certain language isn’t here, it is dead. That’s certainly not true as we can see that some really low level languages that are close to writing ones and zeros which machines understand are still being used in legacy code bases e.g PASCAL or COBOL.