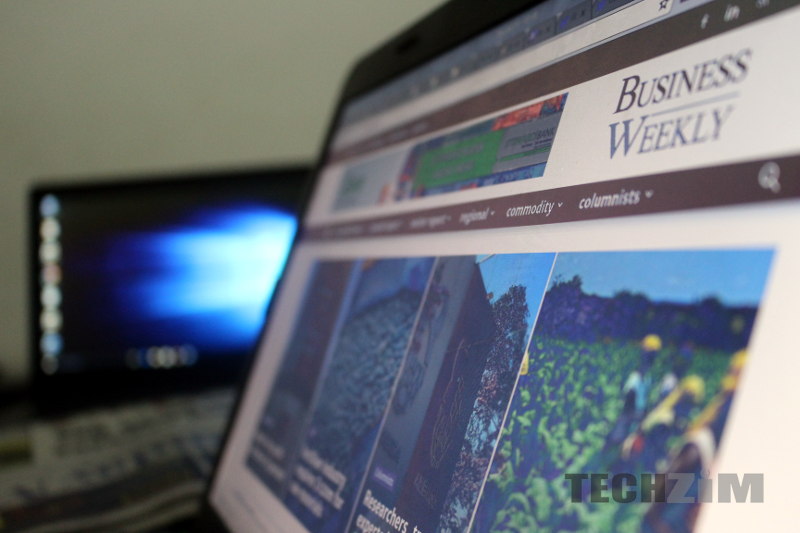 Zimpapers has launched a new business print publication called Business Weekly. The newspaper is accompanied by a website on ebusinessweekly.co.zw and a mobile app (no link yet). The new publication will also have video which, from the CEO’s presentation at the launch event yesterday, will be provided by the Zimpapers new TV unit, ZTN.

At the event, the Zimpapers CEO, Pikirayi Deketeke, said they were launching a Business Weekly TV channel online “whilst waiting for a TV license” for ZTN. Only will probably be YouTube and Facebook Video but we couldn’t find the publication’s pages so we assume these are yet to be created.

The editor of the new publication is Happiness Zengeni.

Existing business publications at Zimpapers are The Herald (whose business section Zengeni edited) as well as BH24 which is primarily an email based publication that sends out a PDF document to subscribers daily. (Update: BH24 also has a website. It’s unclear right now if the BH24 news service will continue. Our guess is they’ll be sunsetting it).

Outside of Zimpapers, Business Weekly faces competition from weeklies; The Financial Gazette which is owned by Modus Publications, and The Zimbabwe Independent, owned by Alpha Media Holdings.

Based on the presentations at the launch, Zimpapers clearly did some research to determine the unsatisfied business news needs in the market. The paper will therefore likely offer a fresh perspective to economic developments locally. Hopefully, it helps provide a clearer picture of an economy so hard to understand and predict even for locals.

As a government-owned publication, it’s journos have good access to make sense of developments and make the public and investors smarter about the things going on locally. But being a government publication may also mean it can easily be abused for government/Zanu-PF/Faction PR, which would make it less useful.

What is interesting is that Zimpapers is deliberately pushing a print first strategy as opposed to the expected digital-first approach. The state of the Business Weekly website (dead links, placeholder articles, and images) indicate there was not enough work put in to ensure the site was ready for visitors at launch. This usually happens when something is not a priority. It is worrying for digital to not be a priority for any kind of media reach in 2017.

The business model for Business Weekly looks to be advertising but Zimpapers may also be exploring subscription as there is a sign-in option on the site.