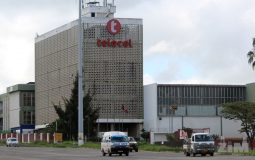 Some time in May, Telecel announced that it would be introducing LTE in the 3rd quarter of this year. This development has been long over-due considering that all the other Mobile Network Operators (MNO) in the country introduced this service years back (Econet in 2013 and NetOne in 2014). Seems the plan is coming to fruition according to a flier released by Telecel today.

Here’s the information it contains:

Telecel would like to inform its valued customers of service disruptions that might be experienced on its network, especially during off-peak periods. This service disruption will be due to the commencement of upgrades which are part of our additional network roll-out programme and the planned introduction of LTE.
This exercise is expected to last until end of August.
Please bear with us during this exercise.

Well, so this announcement is both good and bad news for subscribers. Bad in that they need to go through a little frustration due to service disruption for the rest of the month but good in that there is light at the end of the tunnel (hopefully) since pretty soon they will be able access LTE on Telecel. And of course, not to mention wider coverage.
By the way, to those wondering when ‘off-peak period’ is; Telecel defined it as the period between 10pm to 6am. This means business calls and Telecash transactions during the day won’t be affected as much, it’s just those late night calls that are likely to suffer – but all for a worthy cause we must believe.