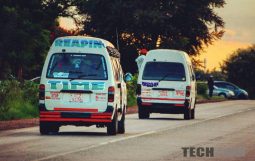 ‘Winter is coming!’ That was Ned Stark’s cry throughout the first season of Game of Thrones and this theme carried through to the end of season 5. Now we are in season 7, indeed winter has come and it came first for House Frey. Don’t worry, I will spoil no further.

‘2008 is coming again!’ was our collective cry since the day VaMangudya announced bond notes early last year and this theme carried through the hesitation to introduce the ‘innovation’ until the notes of bondage finally came in November last year. This cry persisted through the false stability weeks, we all knew the shoe was gonna drop. Just about eight months later, 2008 has indeed come again and it came first to yours and my house. Don’t worry I will speak doom no further.

So then what? The biggest question on our minds must be how to preserve value within the confines of the law. There must be a way to hack this system somehow mustn’t there? I believe there is always a way. I will issue the disclaimer now: I am not an expert, I am just one opinionated guy who is also looking to hack my way into securing a future for my family in these turbulent times and here I will present what could be an option.

I think investing on the capital markets could be a good way to store your hard earned 2008 rebirth hustle money. I shared here how I fared just prior to 2008 and how I then panicked in 2008 and sold my little portfolio because I thought 2008 would erode my assets and burning would preserve them. Turns out I was totally wrong, attempting to burn when everything had already been burnt and dusted eroded my little treasure and had I stayed on the ZSE I would still have value even now.

Hear me clearly, I am not speaking evil of burning. I actually don’t see any moral argument against burning money, it’s economics actually. However, there is a legal position on the practice and therefore tread carefully. But say you are burning and you say to me, ‘man this is #MyZimbabweHustle.’ I will respect your hustle but I will be keen for that hustle to ultimately result into some medium to long term value for you and your family. I think the capital markets could be the place for that to happen.

Right now stocks are grossly underpriced on the Zimbabwe Stock Exchange and that is why there are a lot of side deals and often involving outside investors. Right now on the exchange, the total market capitalisation is less than the total value of net assets. What does it mean? It means if you have the money to buy any one company basically (on the stock exchange that is – Techzim ain’t for sale baba) and you sell all that the company owns you will make money, lots of it actually. The price of the stocks does not even come close to reflecting the real value of the business.

As Kiyosaki says, you make money when you buy not when you sell. When you see that companies are underpriced it shows you that there is great opportunity and potential that those prices will rise again. The catch is that you can’t certainly know when the prices will rise again and also you don’t know certainly which company is a good buy in the first place. No matter how cheap, a heap of garbage is not worth your bond notes.

How do you circumvent this? I will repeat what I said the last time – invest in knowledge. Study as much as you can and you will know how to spot these things. A good study of Buffetology (Warren Buffet strategies) is a good place to start. Analyse the landscape for yourself and determine what you consider to be the time frame till the crazy settles down and craft up a strategy.

These articles and videos will only explain some of the terms and provoke you to think about what you could do. The decisions remain yours and of course you must also seek out trustworthy experts and advisors. Be careful about their incentives though, remember brokers make money when you move your money around but you don’t necessarily. I have not talked much about treasury bills and other types of bonds – this is a long series so stay glued on. I gat ya!

Now that winter is finally here in season 7 let’s see who will survive RR Martin’s blood thirsty pen – that guy kills off characters without conscience. The Zimbabwe economy can be just as brutal, ask the thousands that had money in Time Bank or the millions that woke up and could not take their money out of the bank. When the stakes are against you at such levels you have no choice but to hack it. Good luck.

7 thoughts on “2008 is back again. You better hack your way past it #MyZimbabweHustle”