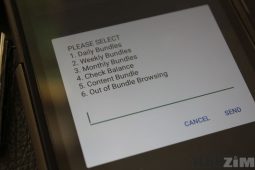 We all know as fact that data prices are unjustifiably high in this country. We know this but do we have the numbers to prove it? I had a conversation recently with a friend in South Africa and we started comparing data prices. Turns out that universal truth we all hold on to might not be as accurate as we think.

Before we get to the comparison let us get a few things out of the way. South Africa and Zimbabwe are different countries. South Africa is currently in a better position economically, by GDP they are the third largest economy in Africa and no, we are not first or second. The nominal GDP per capita is higher there as is the minimum wage. We will not go into these stats deeper but you get the gist of it – they are ahead.

South Africa has a much larger population and so the mobile network operators there have a larger pie to share. Vodacom has over 37m subscribers while the third largest operator, Cell C, has around 15.3m subscribers. That is comparable to Zimbabwe’s population, babies and all. Having this many subscribers introduces economies of scale into the picture. The tax climates are also different, there is no health levy on MNOs in South Africa. The gist – mobile network operators have it better down south.

After considering all this, our neighbours ought to have it cheaper just like we all assumed. Do they have it better though? Let’s take a look at out of bundle rates first. Remember out of bundle rates are what you will be charged if you have not bought any bundle.

Well well well. What is this? Prices in Zim and SA are not dissimilar. Netone is cheaper than the 3 SA companies. Safaricom in Kenya is a whole ‘nother beast though. It’s actually embarassing for the other companies.

Let’s look at bundles now. These are much harder to compare. There are no comparable data amounts or prices across the 3 countries. To simplify things we will look at how much data you get for about US$1 in a month. We will ignore promotions and other temporary packages.

Wow. Let us ignore the Telecel allocation. Let’s also ignore the Safaricom allocation. The Zim companies are actually cheaper than their SA counterparts. Surprising isn’t it. If we were to find the proportionate allocation for a dollar for the SA companies (100/90*30mb for Vodacom for example) they still would be more expensive than Netone and Econet. For Vodacom and Cell C it would be 33mb and 22mb for MTN. There is no such bundle though.

Where does that all leave us?

High data costs are not exclusive to Zimbabwe. There is not much between Zim and SA. Considering the population, size of economy and tax climate in SA compared to Zim, they are actually more expensive. No wonder #DataMustFall keeps trending in both countries. Kenya is miles (or kms) ahead and it’s not even close. The Kenyan government is particularly to thank for that and having a port doesn’t hurt either.

The emphasis of the comparison was between Zim and SA. We have millions of Zimbabweans there and they often tell us how much better it is that side. On account of this information I wonder where they get that. This Southern region needs overhauls in government attitude towards internet connectivity and the opportunities it provides. As we haggle Econet, Netone and Telecel to reduce data prices let us remember the problem is much bigger. It is a regional problem just as it is a government policy problem.

13 thoughts on “Is data really that much more expensive in Zimbabwe?”