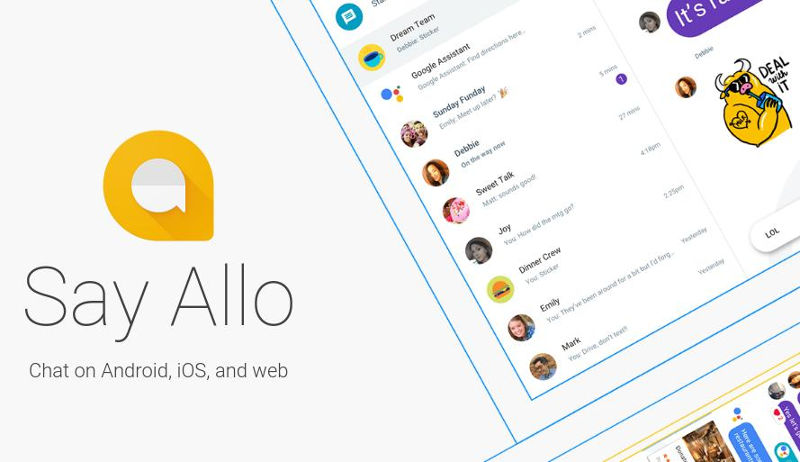 Google Allo, a messaging app like WhatsApp; has like WhatsApp, introduced a web version. Well, before you judge just remember that there’s nothing new under the sun.

We wrote about Google Allo sometime back in September last year, just after it was launched. But to be honest, I only got to know of it recently and I can bet that a number of you are also reading about it here for the very first time.

It’s no biggie, I mean there’s already a whole lot of Instant Messaging (IM) apps out there. No need to know all of them. Besides, I think because WhatsApp has successfully captivated us, we are no longer on the look-out for anything more – even my introduction says it all. WhatsApp has somehow become the definition of IM apps. If it keeps up, it will be like the Surf of washing powders, the Colgate of toothpaste and so on…

I also noticed how WhatsApp has dominated the IM scene when I got a reply from one of the friends I had texted when I was trying out Allo. It said something like “What’s this?? Why aren’t you using Whatsapp??” this to me sounded like a “Why are you using anything else when there’s Whatsapp??”

Side note: Just incase you’re wondering how she replied without even installing the Allo app. Well, Google connects Allo to its Google app… all in a bid to make its products usable seamlessly.

However, I’m glad that despite such intimidation, there’s always someone somewhere out there who dares to challenge. Monopoly has never been a good idea – we know this all too well. Competition always reminds people to work harder and as such ensures that services are constantly being improved.

Google Allo faced with this reality, has some interesting tweaks to its service as well. Apart from the usual utilities found on most IM apps, Allo uses AI to generate automatic reply suggestions. I already like this feature from Google’s Gmail app, it really saves on time and energy. Allo also allow you to resize messages (for emphasis I guess), encrypt messages (optional) and even better, it has the Google assistant feature, which you can interact with even in the middle of a chat if you need to search something on the web, among other things.

Despite my obvious appreciation for WhatsApp, I actually found Allo much more interesting than WhatsApp. The unfortunate thing for us in Zim is that due to issues around net neutrality (‘bundling up’ of social networks etc.) and relatively lower internet penetration due to costs or otherwise, we are less likely to experience some of these great apps. This really got me thinking “are MNOs doing us a favour with these social media bundles??” – but hey, topic for another day.

Nonetheless, for those who’d want to use Google Allo web, here’s how. Just like on WhatsApp (I just had to), tap on menu, then on ‘Allo for web’. Thereafter, visit the Allo website (allo.google.com/web) on your computer and scan the QR code found on your mobile app and then start chatting! However, it’s important to note that the Allo web feature is so far only available on the latest Android version of the mobile app and can only be used on the Google Chrome browser.

One thought on “Google Allo, which I think is more interesting than WhatsApp, just introduced web chatting”