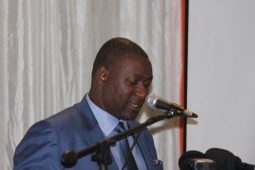 What is the 3 tier pricing model? This is where you are charged differently depending on which mode of payment you are using. That means different prices for swipe, cash (bond notes) and cash (foreign currency). We all have experienced this. This practice is illegal but with most trade happening on the informal market the government is hard pressed to combat the issue.

This 3 tier pricing is probably the biggest reason the demand for cash is so high in Zimbabwe. It is cheaper to pay using cash so why would one use any other method?. This leads to what the minister called abnormal demand for cash, especially in comparison with the rest of the world.

The minister said that Zimbabwe does not have a cash crisis but a confidence problem. There is no confidence in a cashless society. This just means people don’t trust banks. This is true and is also one of the reasons why the majority withdraw any monies they receive as soon as available and do not deposit. After the bank failures we all witnessed in the last decade, you cannot really blame them.

The RBZ met with bankers and formal retailers to brainstorm solutions but as alluded above, most trade in Zimbabwe happens on the informal market which is hard to regulate and police. The formal retailers agreed to stop the practice and some meant it but 3 tier pricing is alive and well as we all can attest.

The government should incentivise the use of alternative payment methods as minister Mandiwanzira rightly noted. As it is there is incentive to use cash but if this was turned around and there was, say a 20% premium for those that accepted payment via bank transfer this could reduce the demand for cash. If you could pay for more via transfer than via cash even the stubborn retailers in the informal sector would have reason to not demand cash.

Some proposed making it illegal to operate in Zimbabwe without a licence thereby ensuring there is no informal market. This is not wise. The government first has to reduce the requirements for an organisation to be registered and also to revise its tax rates. Unless this happens there will be no buy in from informal sector businesses.

The issue of lack of confidence in a cashless society is harder to combat and with the exorbitant bank charges and mobile money tariffs driving people away from non cash payments, the task is made much harder.