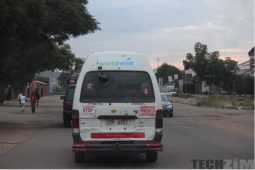 You know WorldRemit as the remittance company which partnered with Ecocash to enable the sending of money straight into Ecocash wallets from anywhere in the world. WorldRemit is available in over 50 countries and 140+ destinations and thus brought the diaspora to EcoCash Diaspora.

WorldRemit is an ambitious remittance company on the rise. It is now one of the biggest five in the world behind juggernauts Western Union and Money Gram. For Africa and our love of mobile money, WorldRemit is actually bigger, processing 74% of all international transfers to mobile money accounts, EcoCash Diaspora being an example.

Hauwei on the other hand is a humongous ICT services provider from China. You’re probably aware of their mobile phone division, the Mate and P series phones being popular as they are. The smartphone division is under the consumer business division and you would think that is the biggest division. You’d be wrong. Some are probably aware that the carrier business division is much larger.

[Fun fact: Huawei is at least 99% employee-owned, or so they claim. There actually is a mystery as to who really owns Huawei. Some believe it is the Chinese government but the company rubbishes such claims.]

I hope we all now appreciate that the partnership does not mean that WorldRemit is now available on all Huawei smartphones (do not take offence if you already knew this.) Huawei has a robust mobile money platform and supports the most successful mobile money transfer service in Africa, M-Pesa. OneWallet announced earlier this year that they would be migrating to the same Huawei G2 platform which supports M-Pesa.

WorldRemit can now connect to over 100 million mobile accounts on the Huawei mobile money platform. The Huawei technology works on both smartphones and feature phones (twumbudzi) and that explains the 100 million mobile accounts. WorldRemit already processed 74% of all international transfers to mobile money accounts and is set to dominate this market further after this partnership.

This partnership underscores the growing importance of mobile money, in Africa and the emerging world at least. It is becoming that we as Africans, as Zimbabweans commit the name WorldRemit to memory as we are definitely going to be hearing more from this remittance giant.