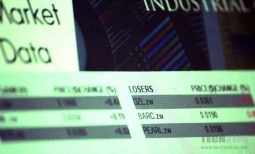 The saying goes, “The older you grow, the wiser you become.” Not so with me, I was wiser when I was younger. I once shared my university experiences here and sparked a raw debate but one thing I didn’t mention that was a positive during my university days was that I was an investor on the Zimbabwe Stock Exchange and I was doing it quite well too.

In my first year of university I met Robert Kiyosaki, well I didn’t meet him, meet him… I read his book Rich Dad Poor Dad. That book made quite an impact on me especially because it was asking the questions I had been carrying for years. If you haven’t read here is the summary: Robert talks about his childhood with his highly educated father (his poor dad) who had a senior job but never could escape the rat race and be financially free. He contrasts him with his rich dad (who was really father to Robert’s friend) who though practically uneducated went on to become one of the wealthiest men in Hawaii.

I identified with this narrative because my father was also a highly educated man but he was not super rich. We were not poor but I didn’t see a correlation between my father’s sacrifice to educate himself attaining several degrees and wealth and financial freedom. Kiyosaki in his book explains why in very simple terms. The central theme in the book is that the poor (even the middle class are poor if they do not control their time) work for money whilst the rich have money work for them. How? Investing! Kiyosaki said become an investor and so we (my friends and I) set out to be exactly that.

You need to invest something, it’s impossible to invest nothing. So what were we going to invest? We did all we could to raise money. I organised a concert for high school kids in Marondera and it flopped because you don’t organise an event in Marondera when you are at a university in Harare – lesson learnt. I started an instant photo business and it didn’t take off meaningfully but still the hustle continued. This was #MyZimHustle indeed. I tried my hand at fashion, magazines, another concert (hosted at UZ this time) but still the hustle didn’t give me any money to invest as Mr Kiyosaki said I should.

I struck gold eventually and it was in the most obvious place… it was right under my nose. I was studying for a Bachelor of Science in Food Science and Technology degree which, or at least, I was supposed to be studying… Anyway, I looked into shifting the hustle to what was supposed to be my core business at the UZ in the first place and voila!

At that time a lot of people were starting small scale food processing businesses particularly milk based drinks (those that people call Cascade even though they are not). They didn’t know jack about formulating the products and processing and all the rest. To be honest I didn’t know either but I was supposed to know! So I became a ‘consultant.’ A proper one isn’t it? We all know consultants know nothing but somehow they earn money by offering Googled advice that was written by other guys who Googled it… I digress.

I had money to invest! Added to that I bought a fast food business on the UZ campus and started to employ students to flip burgers as I invested the little that came from it. Some of my friends who were shareholders in my ventures also struck gold offering CD writing and typing/printing services to the rest of the student population (computers were still very scarce). We would go to meet our brokers on Fridays to be instructed what stocks to buy etc. For knowledge we laid our hands on every e-book or newsletter we could on securities investing and listened to any audio recordings by Kiyosaki and other investors mostly from the US.

Our obvious favourite was Warren Buffet. One friend and I even called our little respective portfolios Berkshire Hathaway. The beauty was that our investments were actually growing! Remember 2007-2008 were hyperinflation years. Our portfolios were actually growing beyond the inflation. How did we know? Sometimes when our hustle end of things was not ‘firing’ we would liquidate very small portions of what we owned and the little we liquidated usually bought us stuff that was more than what we could buy at the time we made the investment.

So why am I sharing this story? I am launching a series on investing on the Zimbabwe capital markets (Stock markets and money markets). In the next article I will take you through what the different markets offer and what the different terms mean etc. We will look at the health of our markets and we will whet your appetite to learn more so you can consider to participate in these markets.

This is a series in support of a campaign by the Securities and Exchange Commission of Zimbabwe to make investors out of all of us again and I think these are noble efforts. The hash tag to this campaign is #MyZimHustle thus I shared #MyZimHustle.

I know someone will comment below about the health of the economy and why it’s a bad idea to invest, but let me answer you. Look at what is happening on our markets right now. Check how much shares are selling at right now and then compare that with the net asset value of those listed companies. You will realise that there is quite a good reason to be bullish right now. We will explain these terms as we go ahead in this series and much more. However, invest in knowledge before you attempt to invest your hard earned hustle money.

So, to finish my story. What happened next? 2008 happened! Things got crazy, people could not withdraw their money from the banks and people started ‘burning.’ The hustler in me overpowered the rational Kiyosaki educated investor in me. I thought, wow if I sell all these shares (they were not many really) and get the money out of the bank somehow and I start burning I will be mega rich overnight. I sold the shares, couldn’t get the money out of the bank even though I had been promised I could. I couldn’t burn with money in the bank.

Before I could buy shares again dollarisation came and everything turned to nothing. At that time I comforted myself thinking even those who had held onto their shares had lost too because the ZSE was reset to fractions of fractions of cents per share. The people who held onto the shares thought they had lost as well. They were wrong and I was wrong. Right now there is USD19 million worth of share certificates (21 000) that are unclaimed because people just gave up and thought they were worthless. We will talk about those in future articles but they are there and if I had been a proper Berkshire Hathaway man for a few days longer I would have my little stake in that $19 million treasure chest.

That is the point of this long article. It’s good that we are hustling here in Zimbabwe, God knows how we are managing to feed our families. However, at the end of the hustle what will we be left holding? Should we not take a portion of our hustle gains as small as they are and invest them. There are risks on these markets yes but if we are honest there are bigger risks on the hustle grind. Let’s invest in financial intelligence and let’s think beyond where we are right now. Let’s keep hustling but as we hustle let’s remember to fund the piggy bank, I hope we will lead this conversation here on Techzim. Join the conversation in the comments below and on social with #MyZimHustle.

25 thoughts on “You should consider investing: learn from my wisdom and foolishness”