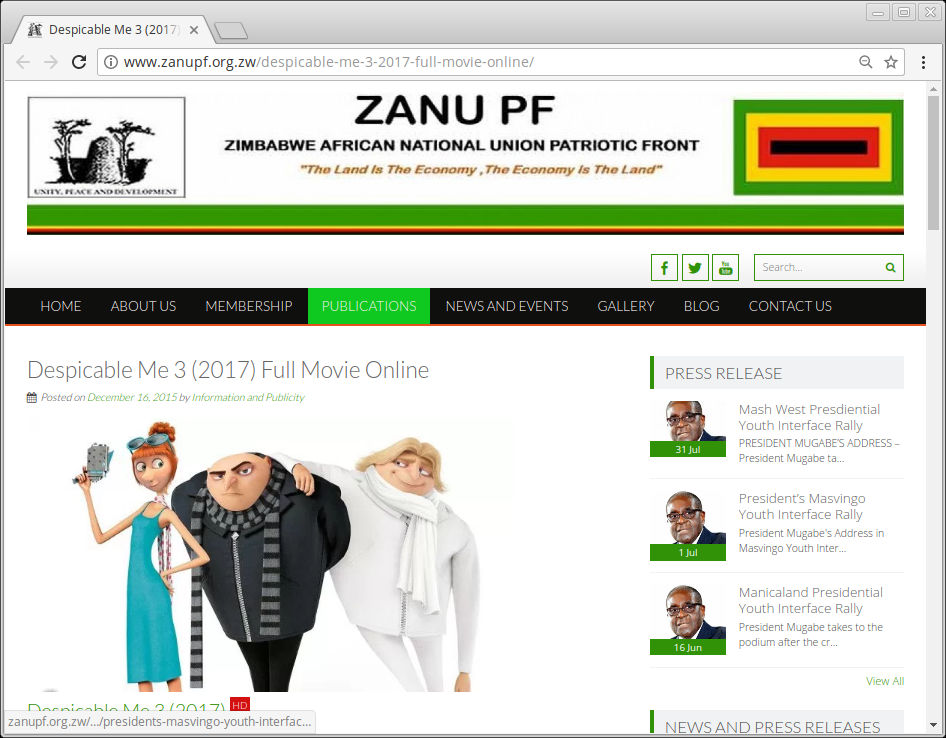 Update (1815hrs): The site has now been taken down totally.

Update (1720hrs): The site has since had the bad content removed

The website of Zimbabwe’s ruling party, Zanu-PF was hacked. The website right now is showing links to pirate movies of such titles as Despicable Me, Cars 3 and Logan. Some sections of the website are also showing pornographic pictures.

It’s not clear if Zanu-PF itself, or the people that do web administration on the site know about this but seeing there’s a Zanu-PF press release posted yesterday (31 July), they are clearly updating it frequently. It’s surprising therefore that they haven’t yet taken the site down to fix it.

Here are some screenshots of the site as it looks right now: 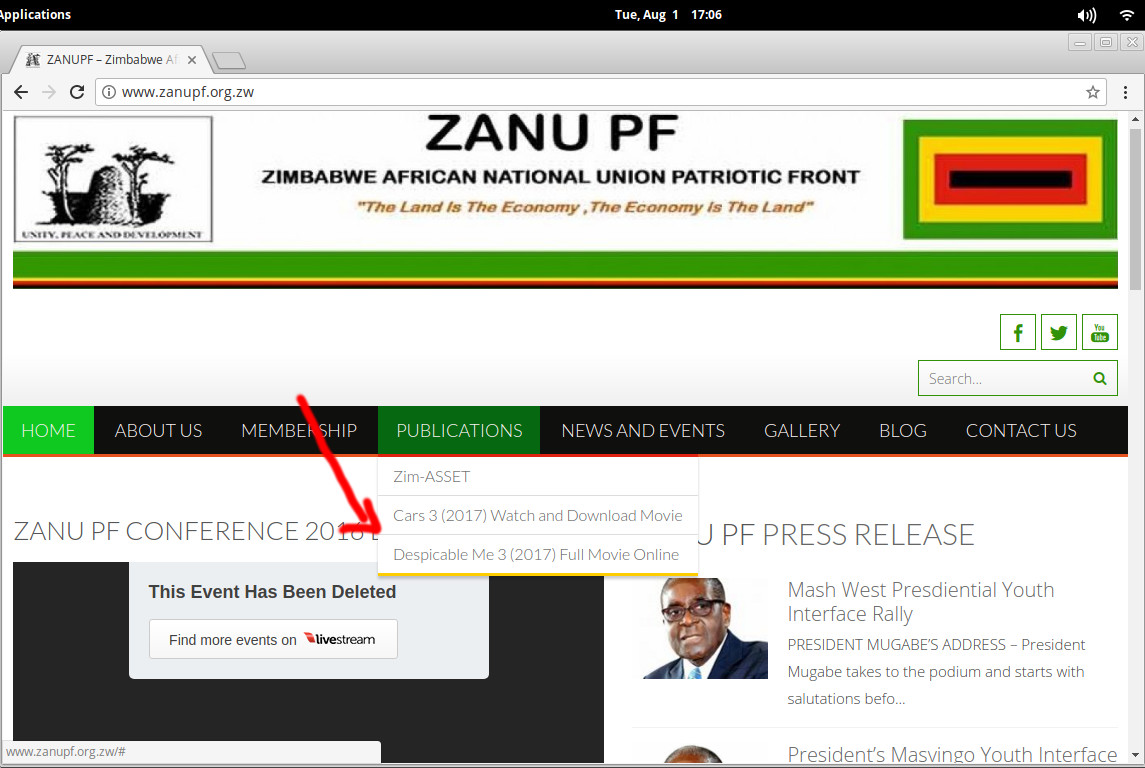 We were made aware of this in a conversation in a WhatsApp group that we’re part of.

It’s hard to determine if the website was specifically targeted or if it was just attacked by bots crawling the internet for websites with security weaknesses.

Update: Even though the bad content has been removed from the site and the website itself taken down. A google of “Zanu-PF website” still shows the content were now part of the Google search results, which likely means it had been there for a while. 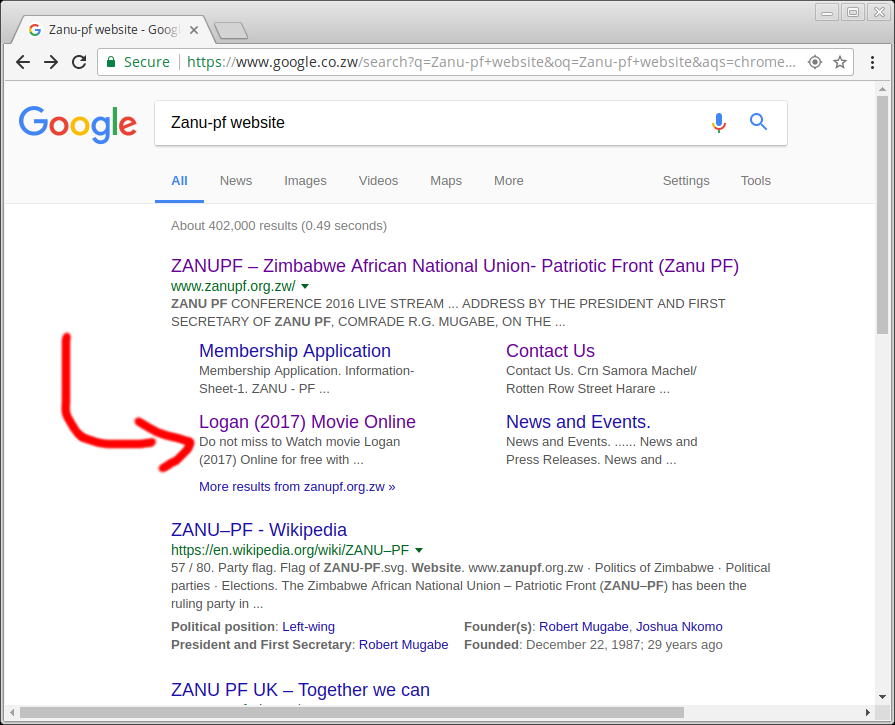