So it’s 9 months in and the battle of the smartphones is still very much heated. We have seen the return of industry household names, the redemption of dented pride and arrival of very very very competitive newcomers.

Maybe you might not properly visualise the magnitude of the 2017 flagship list. Allow me to just rush through it and give you what both me and the guys who made them feel is the major highlight.

Major highlights here were a bigger black and white camera (20MP vs 12MP on the P9 duo) and FINALLY 4K ultra HD video recording has been enabled. It’s about time!

The fingerprint was moved to the front if anyone is hyped or bummed about that.

But what I love about it is you can replace the on-screen navigation buttons with gestures on the screen giving me the full 5.2/5.5 inches to play with. I somewhat feel cheated when navigation buttons use up a bit of my screen real estate. Let’s keep nav keys off the display please. 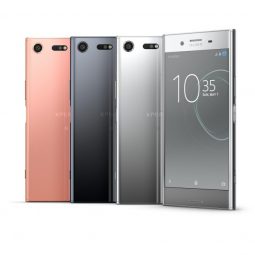 Star of the show is the 4K Ultra HD display on a smartphone. Yes one might argue that the Xperia Z5 Premium had it in 2015 and well frankly you will not see any difference in sharpness compared to your 2K Quad HD display on a Samsung Galaxy.

Buuuut what’s amazing for me is what an engineering feat this was. Anyway the display is also HDR compliant meaning colours are punchy and the dark parts of images and video are bold as well.

Another engineering feat is the camera which at 19MP has a smaller resolution that the Z5 Premium but it can now shoot videos at 960 frames per second slowing everything all the way down. 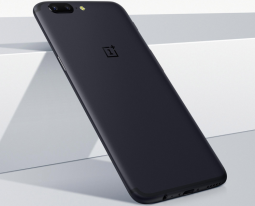 The flagship killer returns this time with a dual camera (16MP + 20MP). Under the hood is a very spacious 8GB of RAM (how much ram is in your pc?).

The fast charger in this device is currently the fastest in the business and Oppo calls it Dash Charge which they claim with a catchy phrase that you’ll be able to get a day’s worth of power in half and hour or more specifically 0-56% in 30 minutes.

The super sweet part is it comes with the best of the best in terms of specs staying or par or actually performing better than the best smartphones out there but costing between half to a third of its fellow flagships. 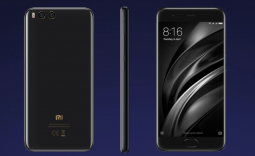 Another flagship killer again coming in with a dual camera setup. It comes with a ceramic back on the more premium version which is less prone to scratches than your average gorilla glass.

Inside are some flagship worthy parts but again you get the flagship treatment at half the cost of the mainstream devices. 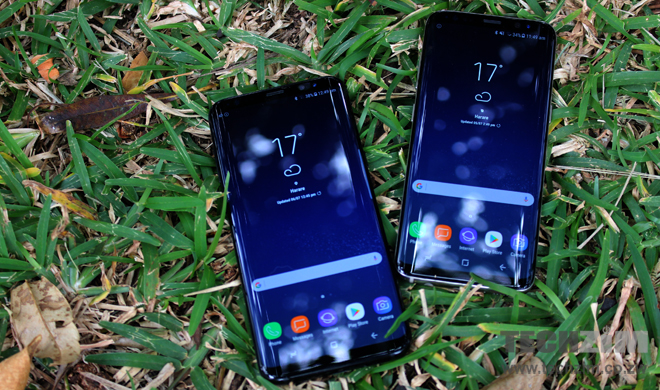 Obviously it was the infinity display that wowed us on this device. We did video reviews of both the S8 and the S8+ and they both are all round solid performers as we would expect the best of the best to be.

The home button is now virtual but if you miss the clicky home button you should be glad to know that the virtual home button gives a clicking sensation if you put a bit of pressure on it.

The camera is fantastic especially in low light environments it totally amazed us all round. It’s a fantastic camera phone. And it has a talent of staying cool as well, anyway the videos are there check them out.

Came in with an almost bezel less display. Gone is the removable back or the removable battery in favour of some water resistance making it the first LG G-series device capable of taking a swim.

The display was also a main focus here being the first LG device to feature an HDR display for more vibrant colours and deeper blacks and it is one of the more slightly affordable flagships here too.

So squeeze this phone and it will do stuff. They call it Edge Sense which is actually a couple of pressure sensors on the edges of this device allowing you to activate apps or take screenshots or make a call just but squeezing the phone in your hand.

I would love to know what you think about this one.

The long awaited flagship from Nokia finally arrived and its partnership with the renowned lense manufacturer, Zeiss makes us anticipate the camera capabilities to be nothing short of amazing.

Oh and it’s another dual camera unit here as well. Audio recording has been reworked by Nokia’s VR division and promises to have superior directional audio recording to give a more realistic feel when listening to videos taken by the Nokia.

New kid on the block here and wasting no time at all jumping in guns blazing with an ‘essential’ flagship.

Its interesting that a flagship comes in with essential on the branding but none the less it’s a solid performer with a fresh take at bezel less display design.

The frame is made from titanium which is rigid enough to not dent when it attacks the ground for any reason whilst protecting the ceramic back, the front glass and the bezel less display.

It also features some attachment points for snapping on accessories like a 360 degree camera.

The long awaited successor to the Note 7 and is comes packing an extra camera on the back and a better more sensitive S Pen. The infinity display is back for another episode and expect a video review of it in a bit.

It is also the first Samsung device to come with a dual camera setup as well as the first dual camera smartphone to bring optical image stabilisation on both lenses. This helps to minimise amount of shaking in videos.

The multimedia powerhouse from LG comes through with a brand spanking new camera with an F1.6 aperture. Yes I know that means nothing to many people so let me explain. This aperture refers to how good the lens is at capturing light.

What does this mean for you and me? It means in theory right now it is the best smartphone camera to use when capturing photos and video in low light conditions providing the most brightest, sharpest and clearest photos and videos. Again in theory.

As a bonus LG says it used a glass and not a plastic lens which preserves colours and allows more light to pass through the lens to the sensor.

It’s also the first of the V-series to come with waterproofing and has had a lot of software tweaks to make anyone a pro at video and photography.

Yes blackberry is lowkey still making smartphones and this particular one, the Keyone is targeting you the person who still needs a nice physical clicky tactile feeling keyboard on their fancy smartphone.

It cant be a 2017 phone without a couple of tricks. The fingerprint is embedded in the space key and the whole keyboard is touch sensitive as well for swipe gestures and scrolling.

We still have a couple more in the pipeline
So we still have 3 more months to go in the year and we still have the iPhone 8, the Google Pixel 2, and the Huawei Mate 10 still to be launched.

It’s a healthy list of the best offerings from a combination of the biggest guys in the business and the young enthusiasts as well as ambitious freshmen.

I personally love how this barrage of the best devices on the market is pushing the limits of innovation in the smartphone realm.

But…yes there is always a ‘but’, For the consumer out there does this vastness of options mean Yay! more choices or Oh No it was hard enough already.

With more and more features becoming standard across the board is it boiling down to a matter of brand preference since all other ?

I wonder how you our readers select your next phone to buy. What criteria do you use? Is it easier now to choose your next smartphone than it was 3 years ago? If someone could use your criteria of what you want your phone to do for you to give you a list of suggestions would you be up for it? Let us know in the comments.

2 thoughts on “Battle of the flagships 2017. They just keep coming”