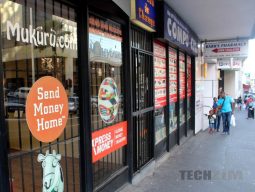 A mobile payments and remittances startup called TerraPay may have achieved what could turn out to be a huge industry milestone in the remittances space in Africa. The startup announced today that it has secured a license from the Reserve Bank of South Africa to conduct low-value international money transfers in the country.

It’s a big deal because TerraPay is not a regular remittances company in the mold of the players in the market today (Western Union, WorldRemit, Cassava Remit, Mukuru, Mama Money, Hello Paisa and others). TerraPay doesn’t seek to compete with these remittances companies – it seeks to enable them.

TerraPay describes itself as “the world’s first mobile payments switch”, connecting mobile wallet systems, MNOs, regular banks, card issuers, and governments. As a payments integrator, it secures the licensing, cash-in and cash-out agents on the ground, the technology, the forex conversions, the Anti Money Laundering and other compliance stuff, and the establishment of corridors.

It’s also a huge deal because SA is a big remittances market. SA probably hosts the largest percentage of migrant workers in Africa and these people need to send money back home. At least 2.2 million of them according to the last census. Getting licensed in SA, therefore, opens up Africa for TerraPay, so to speak.

As a result of the SA licensing, TerraPay can now enable its partners to launch cross border money transfers from South Africa to mobile wallets in Zimbabwe, Nigeria, Mozambique, and Uganda.

Techzim asked TerraPay which partner mobile wallets they’ll be remitting to in these countries and the company told us they are currently in talks with leading mobile money service providers in Zimbabwe and Mozambique and the names will be announced shortly once the service is live with South Africa.

Why don’t we have such a platform already??

To relate to the problem TerraPay solves, think of the current pain (locally) of not being able to send money from one mobile wallet (EcoCash, say) to another (Telecash). Or think of the fact that it’s currently impossible to just send money from your mobile money wallet to someone else’s bank account.

This seems a problem that traditional switching companies in Africa (like ZimSwitch) could solve. The challenge, in Zimbabwe’s case at least, is that these traditional payment switches are owned by the banks and therefore being seen (and acting) as neutral integrators between the disrupted (banks) and disruptors (mobile money) has just been impossible.

This problem exists throughout the continent in the countries where mobile money is relied on. It extends to cross border remittances as well. Why, for example, can’t an MTN Money subscriber in Zambia send money to an EcoCash wallet in Zimbabwe from their phone? Essentially, this is the problem TerraPay is solving.

Ideally, MTN simply needs to plug into the TerraPay network and immediately its subscribers are able to send money to non-MTN mobile wallets across the world.

Commoditising payments infrastructure may not be so welcome

While new entrants and relatively small players in the mobile payments and remittances space will welcome an integrator like TerraPay, established companies may see it more as a threat. The reason is that most of what TerraPay offers (RegTech, AML, Licenses, established corridors, agent network agreements) are things that the established players use as infrastructure advantages against the competition.

TerraPay is essentially commoditizing an advantage enjoyed by the established players. To get buy-in from these players, it has to offer significant new opportunity. It’s a challenge TerraPay is probably ready to face head-on, especially when you consider the company that owns the startup.

TerraPay is no small startup

TerraPay is incubated by Mahindra Comviva, a company you probably already know is a huge player in the mobile money space in Africa and Asia. TerraPay, therefore, has a good existing business network as well as mobile money experience to work from.